Sign in
Welcome! Log into your account
Forgot your password? Get help
Password recovery
Recover your password
A password will be e-mailed to you.
Life Of Arabs A complete guide for those who are living in Middle East or planning to come soon.
Advertisement
Home Saudi Arabia Accident & Traffic Violations 2 Children injured, 14 homes damaged after destroying 3 ballistic missiles and... 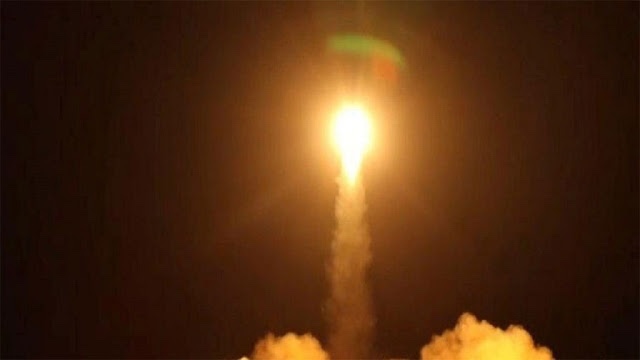 
The official spokesperson for the Ministry of Defense in Saudi Arabia, Brigadier General Turki Al-Maliki, announced that the Saudi Air Defenses intercepted and destroyed 3 ballistic missiles and 3 booby-trapped drones launched by the Houthi militia towards the Eastern Province, Jizan, and Najran.

He explained that the Saudi defenses intercepted and destroyed at 9:32 PM on 4th September (Saturday) a ballistic missile launched by Houthi militia from Sanaa (Yemen) using civilian objects towards the eastern region of the Kingdom.
– According to residents of King Fahd Suburb neighborhood heard an explosion at around 9:30 PM on Saturday. The coalition announced the interception and thwarting of a hostile ballistic attack towards Eastern province in the Kingdom.

Brigadier Al-Maliki stated that the interception process caused shrapnel to scatter over the neighborhood (Dammam Suburb), as a result of which a Saudi boy and girl were injured, and 14 residential houses were lightly damaged.

Meanwhile, sources informed that Aramco facilities were not affected by the ballistic missile attack that targeted the Eastern region of the Kingdom.
– On Saturday early morning, Arab Coalition announced the interception and destruction of a booby-trapped drone launched by Houthi Militia towards Khamis Mushait. At 7PM air defenses of the Kingdom intercepted and destroyed 3 booby-trapped drones heading towards Kingdom

Al-Maliki added that this barbaric and irresponsible behavior by the Houthi militia in attempting to target civilians and civilian objects is incompatible with heavenly values and humanitarian principles.
– He highlighted that the Ministry of Defense will take the necessary and deterrent measures to protect its lands and capabilities to stop such hostile and cross-border attacks to protect civilians and civilian objects, in accordance with international humanitarian law and its customary.