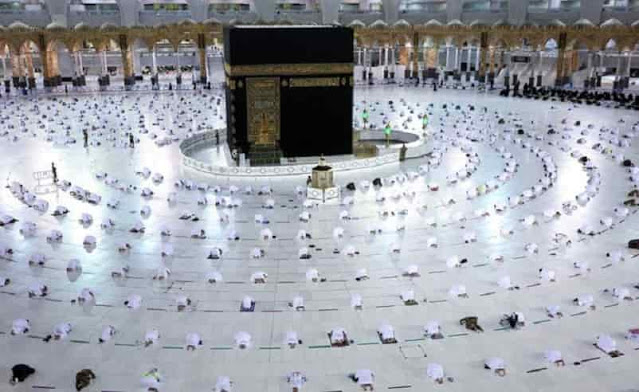 The Ministry of Hajj and Umrah in Saudi Arabia announced raising the capacity to 60,000 pilgrims, distributed more than 8 operational periods, to reach a capacity of 2 million pilgrims per month.

The Ministry explained that the issuance of permits will be through the “Eatmarna” and “Tawakkalna” applications, among an integrated system of services and preventive measures, taken by the Kingdom of Saudi Arabia for the safety and health of those wishing to perform the rituals of Umrah and visit (Ziyarah).

– The Ministry of Hajj and Umrah announced the start of receiving pilgrims requests from citizens and residents, in addition to receiving Umrah requests from various countries of the world gradually, starting from the first day of Muharram 1443 (Monday), August 9, 2021, To perform the rituals of Umrah, visit and prayer in the Grand Mosque and the Prophet’s Mosque.

International Umrah pilgrims must present an authorized Corona Vaccination certificate from the official authorities of their country, the certificate must be attached within the request to perform Umrah rituals, on a condition that the vaccines are approved in the Kingdom.

The Deputy Minister of Hajj and Umrah Dr. Abdul Fattah Mashat said that the number of passengers on the bus should not exceed 50% of the bus capacity, maintaining a safe distance inside the buses, providing sterilizers and make sure of the Umrah permits from Eatmarna and Tawakkalna apps before boarding the bus.

– The Technical and Service Authority at the Holy Mosque has increased its preparations for Umrah season by sterilizing and scenting processes around the clock to curb the spread of Corona pandemic.

More than 4000 workers sterilize the Grand Mosque and its outdoor parks and facilities more than 10 times a day with use of the best sterilizers and perfumes that were prepared especially for the Grand Mosque.

About 60,000 liters of environment friendly sterilizers are used daily during washing and some 1200 liters of perfumes and 470 tools and washing machines to sterilize the Grand Mosque.

– The Authority also improved its preventive and precautionary measures to protect the visitors of the Grand Mosque from Covid-19, where field teams work around the clock to implement these procedures precisely and to maintain the safety of Umrah pilgrims and visitors.