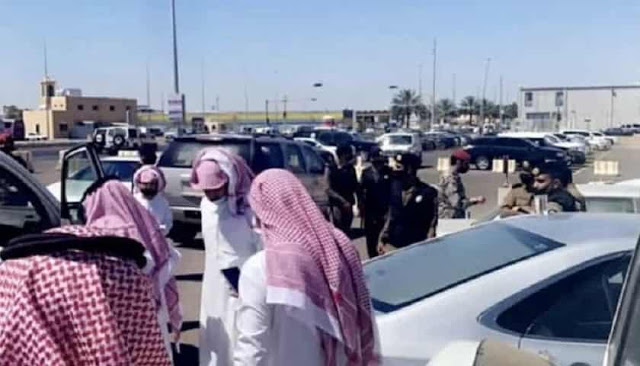 
A Saudi father (Awad Suleiman Al-Amrani) was widely praised on social media for his unique humanitarian gesture, as he pardoned his son’s killer just minutes before his execution in Tabuk, northern Saudi Arabia.

The killer was due to be executed on Monday after a final court ruling was issued against him, for the murder he committed during a brawl that happened about 4 years ago.

– The father did not demanded any compensation as blood money from his son killer’s family, but set a condition that neither killer nor his family should not celebrate the forgiveness, and family should not attempt to raise money from donors or attend any events that might be organized as a result of waiver.

After the news of forgiveness, father was praised and widely shared on social media for his forgiving nature, while few of users shared Quranic verse 40 of Surah Al-Shura, which says, “The recompense for an injury is an injury equal thereto (in degree): But if a person forgives and makes reconciliation, his reward is due from Allah: For (Allah) loveth not those who do wrong.”

– While few others tweeted a Quranic verse 32 of Surah Al Maidah, which says, “If anyone saved a life, it would be as if he saved the life of the whole humanity.”

The Saudi father while speaking to Sabq said, “I gave up the right to execution (of the Killer) for the sake of Almighty Allah, hoping I am setting a good example”.