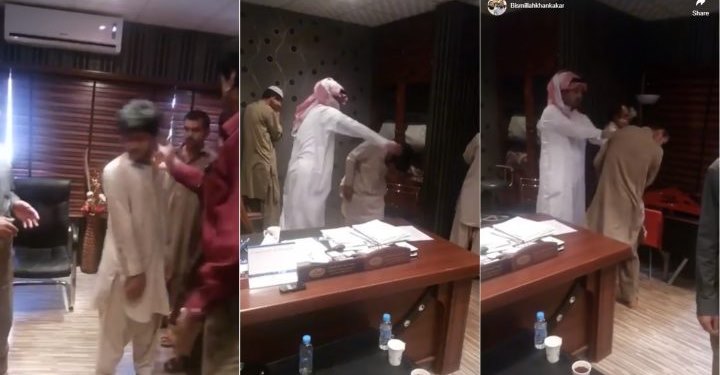 A video clip has been making rounds on social media showing a group of 6,7 Pakistani workers being tortured by a fellow expat worker and a Saudi.
Demand for Action

People on social media have been sharing the video clip with the request to take immediate action against the culprits who slapping Pakistani workers. The Pakistani workers appear to be from the labor class.
The action by Riyadh Police

Khalid Al Karidis, the spokesperson of the Riyadh Police has stated that they started an inquiry as soon as the video clip went viral on social media.

Khalid Al Karidis clarified that the viral video clip is an old one that was captured in 2015. The Police had already taken action against those culprits.

The expat worker who is involved in the torture will be deported after completing his jail term while the Saudi is still behind the bars.

The Ministry of Interior stresses that the Kingdom’s regulations are implemented on everyone who violates the regulations and commits an assault on others, irrespective of his nationality or whether he is a citizen or expatriate