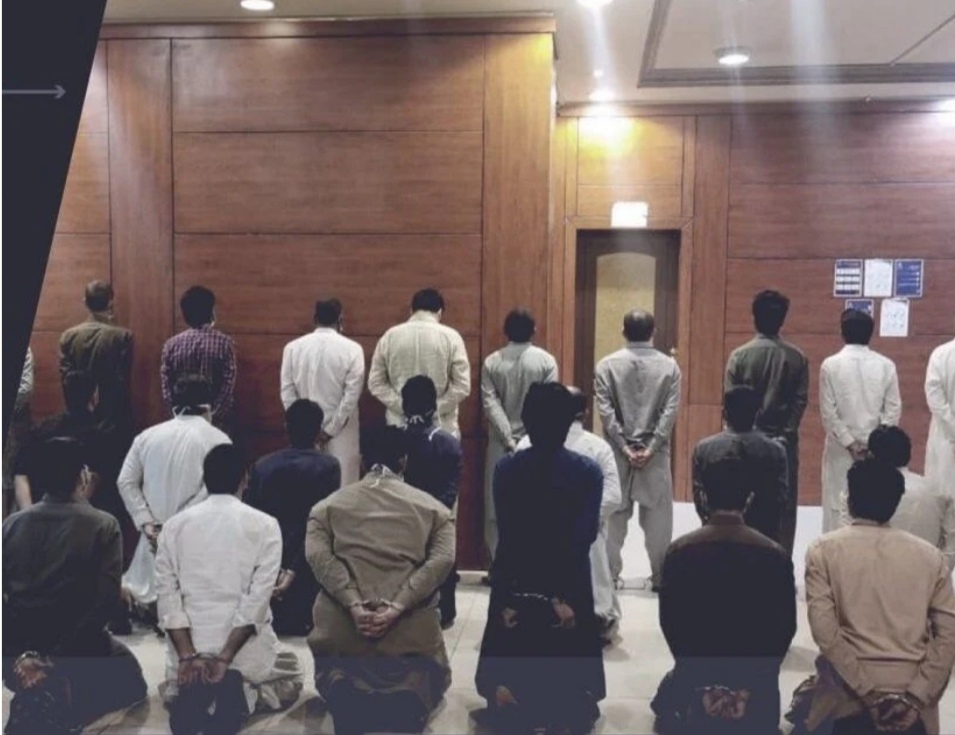 The suspects, in their 30s and 40s, targeted citizens and residents by sending text messages that included fake notices, such as winning financial prizes or messages requesting them to update their bank accounts, Major Khaled Al Kredis said.

The police seized 73 mobile phones used to commit their crimes, as well as 67,506 riyals.

The suspects were remanded in custody pending further questioning and trial by the Public Prosecution, police said.