Sign in
Welcome! Log into your account
Forgot your password? Get help
Password recovery
Recover your password
A password will be e-mailed to you.
Life Of Arabs A complete guide for those who are living in Middle East or planning to come soon.
Advertisement
Home Saudi Arabia General Information Children Not Allowed In Saudi Arabia’s Prophet’s Mosque During Ramadan 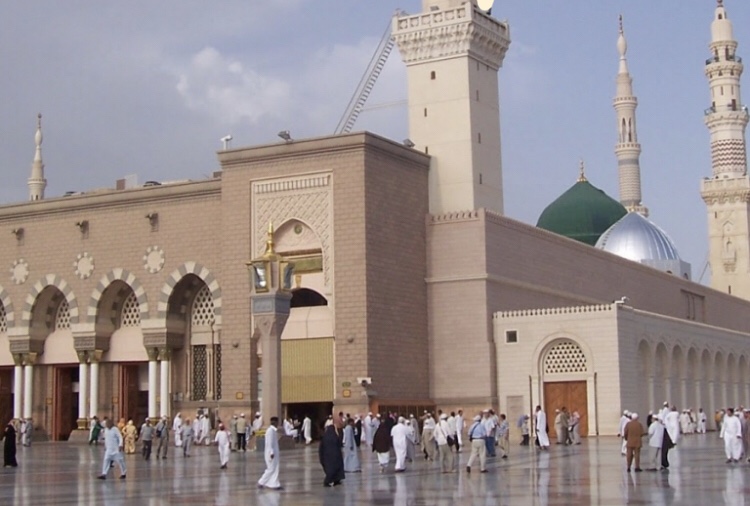 
Children under the age of 15 will not be allowed to enter the Prophet’s Mosque and its courtyards during Ramadan as a precautionary measure to prevent the spread of the coronavirus disease (COVID-19), according to the mosque’s general presidency.

The Ramadan plan by the General Presidency for the Affairs of the Prophet’s Mosque also included shortening Tarawih prayer time to half, closing the mosque 30 minutes after Tarawih prayer, and suspending itikaf (staying in a mosque for a certain number of days, devoting oneself to worship) for the second year in a row.

Moreover, those who wish to break their fast at the Prophet’s Mosque will be offered water and dates for personal consumption only. No sharing, distribution, or gatherings will be allowed.

Arranging and distributing sahoor meals at the mosque’s courtyards are also not allowed.

Worshippers are required to use the national parking app “Mawqif” to facilitate their exit from the mosque.

The Ministry of Health reported 590 new cases, meaning that 390,597 people have now contracted the disease. There are 5,452 active cases, 699 of them are in critical condition.

According to the Ministry, 238 of the newly recorded cases were in Riyadh, 111 in Makkah, 84 in the Eastern Province, and 34 in Madinah.

In addition, 386 patients have recovered from the disease, bringing the total to 378,469 recoveries.

Saudis and expats in the Kingdom continue to receive their jabs of the coronavirus vaccine, with 4,504,882 people having been inoculated so far.