Sign in
Welcome! Log into your account
Forgot your password? Get help
Password recovery
Recover your password
A password will be e-mailed to you.
Life Of Arabs A complete guide for those who are living in Middle East or planning to come soon.
Advertisement
Home Saudi Arabia General Information The “Grand Mosque in Mecca” arrested a person carrying a white weapon... 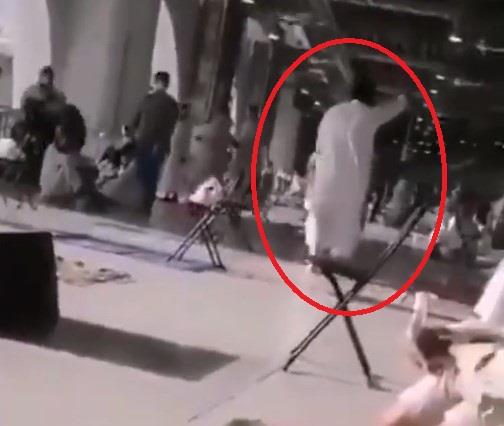 Makkah police said, in a statement today, Thursday, that the Haram Security Force spotted a person carrying a white weapon and chanting expressions in support of terrorist groups and organizations after the afternoon of last Tuesday in the first floor.

They added that he was immediately arrested and stopped, and legal measures were taken against him.