Sign in
Welcome! Log into your account
Forgot your password? Get help
Password recovery
Recover your password
A password will be e-mailed to you.
Life Of Arabs A complete guide for those who are living in Middle East or planning to come soon.
Advertisement
Home Saudi Arabia General Information A shocking video of a person deliberately running over another, then kicking... 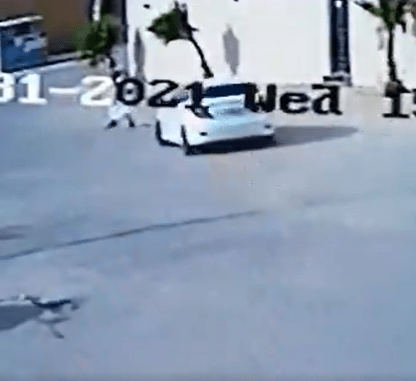 
A circulating video clip showed a horrific incident that occurred on a street in the Kingdom yesterday (Wednesday), when a driver deliberately ran over a person, then kicked him, pulled him and ran him over again with his car before he fled.

And the video, which was documented by a surveillance camera, showed a person walking in the street before he was surprised by a vehicle heading towards him very quickly, and the person tried to avoid it, but the vehicle driver pursued him and deliberately hit him.

driver was not satisfied that he hit the person, but got out of his car and kicked him, then pulled him into the street, ran him over again and left the site, while no one who was at the site interfered.

A number of video traders indicated that the incident took place in a street in Riyadh, expressing their displeasure at the negative disregard of those who watched the incident, calling for the speedy arrest of the driver and his accountability.

An official statement is expected to be issued by the competent authorities regarding the circumstances of the incident.

Also Read Foreigners, who misused IDs of Saudi users of an app, nabbed in Riyadh