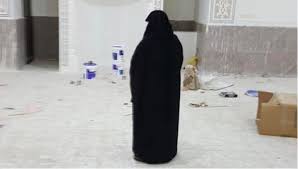 
A Saudi woman managed to save her late husband’s pension for 30 years to build a mosque using the pension income.

Mohammad Al-Harbi, her son: Mohammad al Harbi posted a picture of his mother standing on the premises of the newly built mosque and appreciated the effort of his mother for saving every single Riyal of his late father retirement salary for 30 years and for building a mosque in his father’s name.

He said it is a tribute to his father from his mother. People totally loved and appreciated the greatness and effort of the woman.

She built a Mosque: She is a loyal wife who saved her husband’s modest pension to build a mosque by his name instead of spending the money for her personal use.

People loved the story and said, Masha Allah for being a great wife and a great mother. While many prayed to God to unite the couple in the afterlife.