Sign in
Welcome! Log into your account
Forgot your password? Get help
Password recovery
Recover your password
A password will be e-mailed to you.
Life Of Arabs A complete guide for those who are living in Middle East or planning to come soon.
Advertisement
Home Saudi Arabia General Information Child dies after stray dogs maul her in front of mother 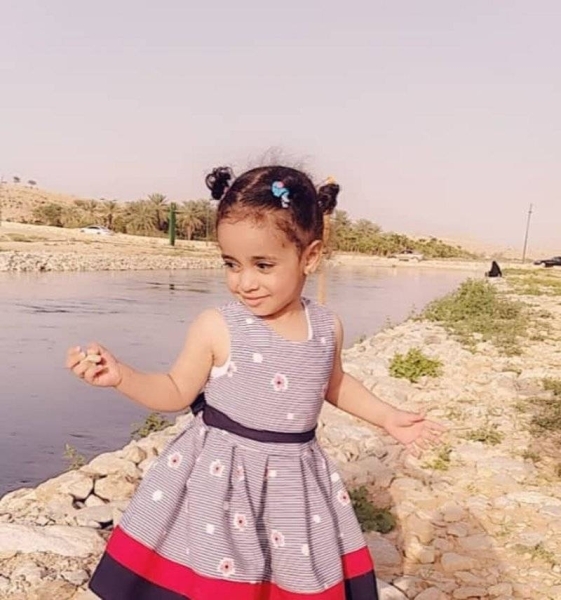 RIYADH — In a horrific incident, a girl child was mauled to death by stray dogs in front of her mother in Riyadh. The incident occurred last Friday when five stray dogs attacked Shahd, who was less than two and a half years old, when she went out of the rest house where her family was camping in Al-Wasila neighborhood in southwest of Riyadh.

Shahd, who sustained serious injuries, breathed her last after being taken to a nearby hospital in the city. Her body was buried in Al-Mansouriya Cemetery after the funeral prayer on Sunday evening.

Speaking to Okaz, Abdullah Bin Hazzam Al-Abdussaalam, paternal uncle of the girl, narrated the details of the incident, saying: “Shahd went out of the rest house unnoticed by other members of the family. After a few minutes, her mother was shocked to see that five stray dogs gathered around the little girl, attacking her and blood was flowing profusely on the ground. She started screaming and crying for help in order to rescue her child from the stray dogs. Amid the screams of the grieving mother, all members of the family rushed to rescue her and eventually the dogs fled and left the little girl lying on the ground in pool of blood.”

Also Read: How can expats from 20 countries return to KSA via Bahrain?

Abdullah continued saying: “Shahd’s father immediately picked up the girl from the ground while she was bleeding and she was taken to the nearest hospital. By the time we reached there, it was about 5:30 p.m. When the girl entered the hospital, her condition was stable as she was breathing and her vital organs were working. The medical staff at the hospital assured them that the arteries and veins were safe and that her condition was stable.”

However, her condition worsened later and she breathed her last by around 7:51 p.m. “We were overwhelmed by grief as the news of her death was an utter shock to everyone.” Later, officials of Darmah Municipality and Forensic Department came to the scene and collected samples.

Abdullah said that there are several stray dogs in the area for a long time, posing a danger to the local people as well as to occupants of rest houses, adding: “This dangerous situation has not been addressed despite the lingering issue,” he said while urging the concerned authorities to ward off the danger by eliminating these stray dogs in the locality as this area witnesses heavy presence of families and their children during weekends.

Meanwhile, Mayor of Riyadh Prince Faisal Bin Abdulaziz Bin Ayyaf issued a directive to constitute a committee to examine the circumstances in which the child came under the attack by stray dogs and submit the report with giving urgent solutions within a maximum period of 72 hours.

He stressed the need to identify all areas where stray animals are rampant, including dogs and cats, and suggest ways to address the issue, and that is in coordination with animal welfare societies. The committee comprises veterinarians, specialists in the field of environmental security and health protection, and health observers.