Sign in
Welcome! Log into your account
Forgot your password? Get help
Password recovery
Recover your password
A password will be e-mailed to you.
Life Of Arabs A complete guide for those who are living in Middle East or planning to come soon.
Advertisement
Home Saudi Arabia General Information Filipinos Celebrate End Of Decades-old Kafala System In Saudi Arabia 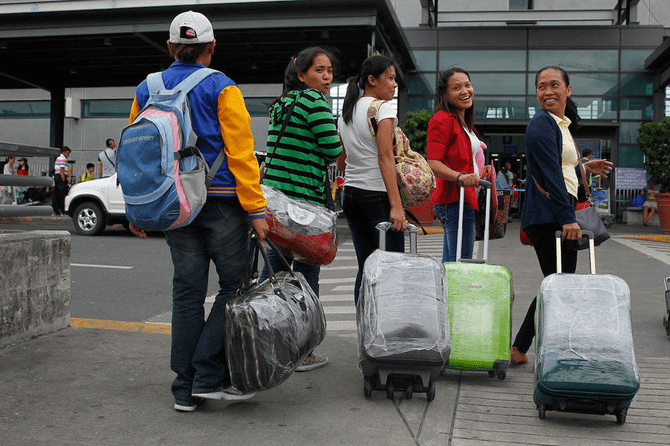 
An alliance of overseas Filipino workers (OFW) celebrated the abolition of Saudi Arabia’s kafala sponsorship system on Sunday, rejoicing over the historic labor reforms that have given more “freedom” to millions of migrant workers in the Kingdom.

“Saudi Arabia has announced that it will end its notorious sponsorship or kafala system on March 14. Migrante-Kingdom of Saudi Arabia, together with all OFWs in the country, is glad and jubilant and is celebrating over this historic action,” Migrante International (MI) said in a statement late on Saturday.

The new measures, effective March 14, will ensure that migrant workers in the private sector have improved job mobility and can switch jobs or leave the Kingdom without their employers’ consent.

The move will also allow foreign workers to apply directly for government services, with all employment contracts documented online.

“The announcement will do away with the need for a sponsor or kafeel’s approval to transfer sponsorship, for a migrant worker to undergo sponsorship to receive exit and re-entry visas, and for migrants to become runaways or ‘huroob’ from their kafeels,” according to MI.

It added that the Kingdom was undertaking the initiative “to strengthen its private sector and make it more attractive to foreign talent,” as it seeks to diversify its internal economy, which has for long been dependent on oil.

“Migrante-KSA lauds Crown Prince Mohammed bin Salman who, in his Vision 2030, is undertaking economic reforms in the country and has boldly decided to let go of the kafala system,” the statement said.

Recruitment and migration expert Emmanuel Geslani told Arab News that ending the kafala system was a “liberation” for Filipino workers, as well as for workers of other nationalities, in the Kingdom.

As many as 10 million migrant workers are expected to benefit from the Kingdom’s Labor Reform Initiative, which is intended to foster “a competitive and fair working environment.”

“Abolition of this major restriction, which has been imposed on all foreign workers, will now free our OFWs from the abusive manners of some employers,” he said.

“It will create more liberal conditions, especially for our household service workers, who were susceptible to abuse from their employers,” Geslani added.

Geslani said there had been instances in which some employers used the system to hold workers “hostage” by withholding their exit visas unless payment was made by the Philippine embassy or the employee’s accredited recruiter.

“This was despite the termination of their contracts or contract disputes, which led some to run away,” he said, adding that the reforms were a win-win for all.

“The Saudi government also lifted the system to attract more highly skilled workers who were hesitant to work in the Kingdom due to the kafala system,” Geslani said.

According to MI, the kafala system had been in place for seven decades in the Kingdom.

“Many migrant workers, local and international NGOs, and even the UN have criticized it and have called for its reform,” MI said.

The Philippines has been advocating against the kafala system in the UN and international fora for years.

Earlier, it had officially partnered with Bahrain, one of the first countries to abolish the system in its labor reform movement through the Flexi Visa System, which allows undocumented workers to acquire regular immigration status without an employer sponsor.

The Philippines also pioneered the negotiation and international adoption of the Global Compact for Safe, Orderly and Regular Migration to protect Filipino migrant workers against exploitation and abuse and guarantee decent work, consistent with President Rodrigo Duterte’s policies for “no OFW to be a slave to anyone.”

Saudi Arabia has one of the highest numbers of Filipino migrant workers in the Middle East, with nearly 1 million OFWs deployed in the Kingdom.

There was a drop in number last year with the repatriation of many OFWs affected by the coronavirus disease (COVID-19) pandemic.