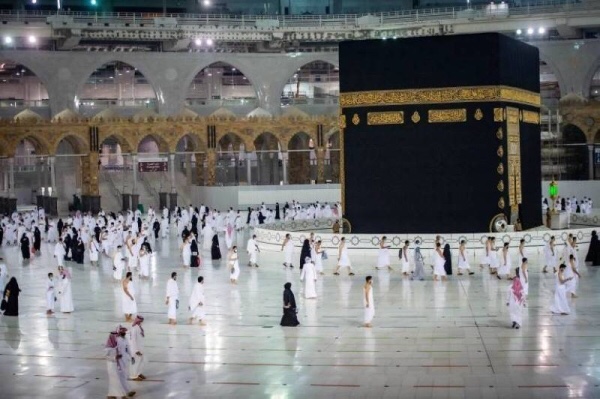 JEDDAH — The Ministry of Hajj and Umrah warned against using the Umrah permit issued through the Eatmarna application to enable another person to perform Umrah instead of the permitted beneficiary.

“This is not allowed and is considered contrary to the instructions of the Eatmarna and the Tawakkalna applications,” the ministry said.

According to the ministry, the Tawakkalna application is not to be used for the booking of Umrah pilgrimage. Rather, the Umrah permit is to be issued only through the Eatmarna application.

“The Umrah reservation is available to every person, including citizens, residents, and visitors daily until the end of March,” the ministry said adding that vaccination against the coronavirus is not required for applying to issue the Umrah permit.

The ministry said that it has not issued any such statement in this regard, urging people to contact it by calling the toll-free number (8004304444) of the ministry’s service center for any assistance in this respect.