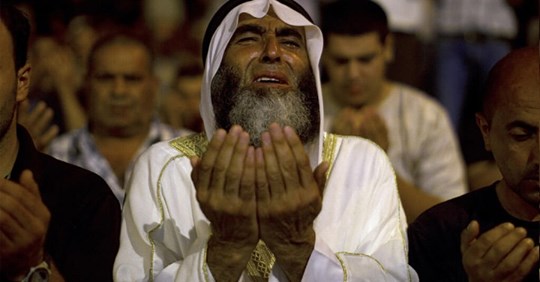 Here we have 6 types of people whose Dua is always accepted by Allah. According to Prophet Muhammad ﷺ, whenever a Muslim makes a Dua to Almighty Allah, HE accepts his supplication or avert any similar kind of trouble from him and until he prays for something sinful or something that may break the ties of kinship.

It was narrated that ‘Umar bin Al-Khattab said: “The Prophet (ﷺ) said to me: ‘When you enter upon one who is sick, tell him to pray for you, for his supplication is like the supplication of the angels.’” – Sunan Ibn Majah

A fasting person has a golden moment where all his supplications will be answered. These golden moments are just minutes before breaking the fast.
It was narrated from ‘Abdullah bin ‘Amr bin ‘As that the Messenger of Allah (ﷺ) said: “When the fasting person breaks his fast, his supplication is not turned back.” – Sunan Ibn Majah Book 7, Hadith 1825

The supplication that a Muslim makes for his Muslim brother will never be returned. It will be definitely answered.

Umm Darda’ reported: My husband reported that he heard Allah’s Messenger (ﷺ) as saying: He who supplicates for his brother behind his back (in his absence), the Angel commissioned (for carrying supplication to his Lord) says: Amen, and it is for you also. – Sahih Muslim 2732 b

Aishah narrated, saying: The Messenger of Allah (ﷺ) said: “Whoever supplicates against the one who wronged him has triumphed.” –  Jami` at-Tirmidhi 3552

Similarly, Allah always accepts the supplication of those who are traveling as quoted in the Hadith quoted above.