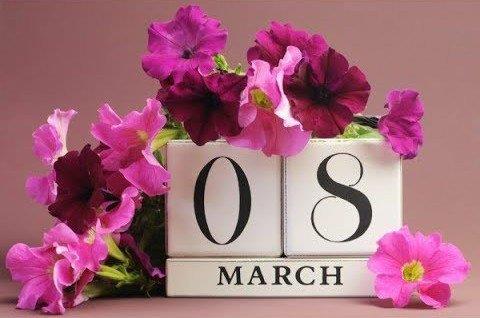 
The world celebrates International Women’s Day every year, on the occasion, to raise awareness of gender equality, especially in jobs, wages and social rights, and it is also an annual occasion to highlight successful and distinguished feminist models, globally and locally.

But why does the world celebrate women on March 8 of every special year?

Many historians have supported the matter until 1908, the earlier edition of the book in New York, with bits of news in Waroda, calls for reduced working hours and better wages in the elections.

The second example is on the eighth of March as American Women’s Day commemorating the exit of the New York demonstrations, and the American Socialist Party declared the first national day on the same date.

International Women’s Day was celebrated for the first time in 1911 in Austria, Denmark, Germany and Switzerland.

In this forum, Women’s Day in various other countries and in different countries, but the date was officially unified for the eighth of March in 1921 AD.

The United Nations adopted this date as International Women’s Day in 1975, and the first theme it chose to celebrate this occasion (1976) was “Celebrating the past and planning for the future.”

Enjoying each other on March 8 every year to express appreciation and respect for the role of women and their political achievements, and it is considered an official holiday in many countries such as Russia, Ukraine and South Korea, and China gives a half-day vacation.