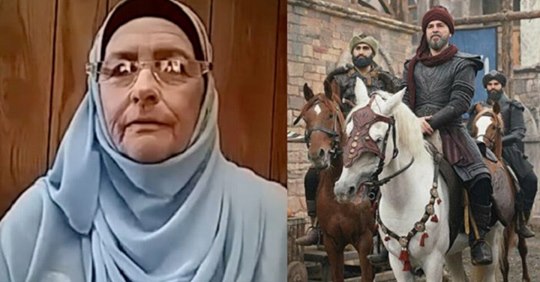 While the Ertugrul has been one of the most popular Turkish TV series, the influence has been more than it could have been imagined. It has allowed people to not only improve their perception of Islam but has also inspired some to enter Islam.

It has been confirmed that a 60-year-old American woman has converted to Islam after being inspired by the Erutugrul series.

The Wisconsin resident chose the name of “Khadija” after her conversion to Islam and told Anadolu Agency that she came across Resurrection: Ertugrul while browsing Netflix.

She said that during the initial episodes, she was curious as it was about a history she did not know, later, she got inspired by the beauty of Islam.

Also Read : All International Flights to resume on May 17 – MOI

She was inspired by Ibn Arbi personality

She was hooked by the dialogues of Muhyiddin Ibn Arabi. Such intense words gave meaning to her life on which would ponder and cry sometimes.

She had been a Baptist Catholic, yet there had been certain questions in her mind which got cleared due to Islam.

She read the Holy Quran in English to explore Islam before entering it. She searched for a nearby mosque and went there.

She told that her friends think she has been brainwashed. However, she believes that religion is a personal matter and people should not interfere in her decisions as she does not in theirs.

She is a mother to 6 children. Her youngest son was the one who figured out that she is a Muslim now. The rest haven’t asked, yet she knows that soon they would also question and would know the truth.