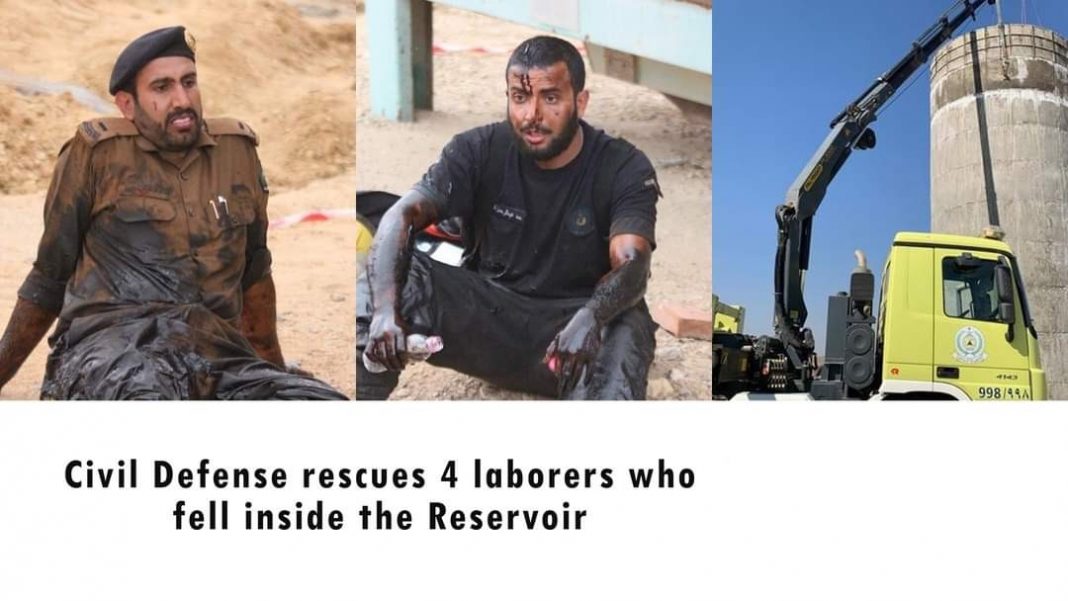 Saudi civil defence has rescued four workers who had fallen into a reservoir, authorities said.

The four had fallen into the 10 metre-high facility in the holy region of Medina during work, the General Directorate of Civil Defence said without further details.

Two of the four are reported in good health after rescue. The two others were transferred by the Red Crescent to a local hospital, the civil defence added on its Twitter account.

Neither the names nor ages of the four have been disclosed.

Trending Now  How to transfer car ownership in Saudi Arabia?

LifeOfArabs - March 5, 2021 0
The General Directorate of Passports (Jawazat) in Saudi Arabia explained that, it is possible to renew the iqama of a resident expats...