Sign in
Welcome! Log into your account
Forgot your password? Get help
Password recovery
Recover your password
A password will be e-mailed to you.
Life Of Arabs A complete guide for those who are living in Middle East or planning to come soon.
Advertisement
Home Saudi Arabia General Information Health minister calls on people to register for vaccination as drives resumes... 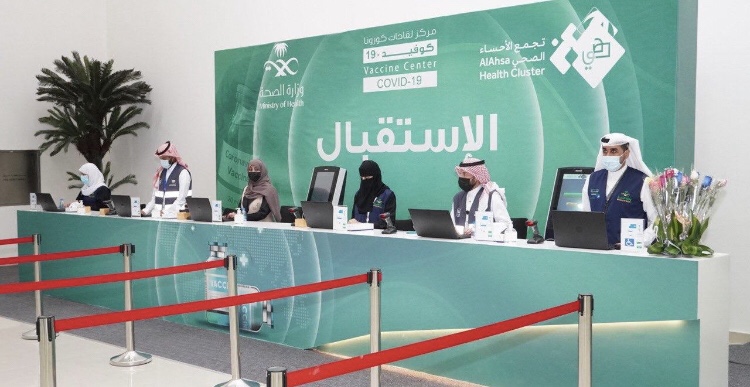 
Minister of Health Dr. Tawfiq Al-Rabiah announced that the ministry has started on Thursday the vaccination campaign against coronavirus (COVID-19) in all regions of the Kingdom.

In a statement on his Twitter account, the minister said: “We have started administering the vaccine in all regions of the Kingdom. I invite everyone to come forward to register on the Sehhaty app to obtain the vaccine. At this stage, the priority will be given to those who register first according to the approved vaccination categories,” he added.

It is noteworthy that the second phase of the vaccination campaign has resumed after suspension of the campaign for nearly one month due to the lack of supply of the vaccine from the part of the manufacturer.

The Ministry of Health announced on Jan. 20 the rescheduling of coronavirus vaccine administration for those who have obtained the appointment for receiving the first dose of the Pfizer vaccine.

Saudi Arabia started registration for receiving Pfizer vaccine from Dec. 15 and that was after approval accorded to Pfizer vaccine by the Saudi Food and Drug Authority. Subsequently, the Kingdom started the nationwide vaccination campaign on Dec. 17, with opening the first vaccination center in Riyadh. Vaccination centers were opened in other major cities of Jeddah, Dammam and Madinah later.

The fifth center was opened in Makkah on Tuesday, Feb. 16. The main vaccination center in Makkah started functioning at the Umm Al-Qura University in Al-Abdiyah, Makkah while five other centers will be opened soon, each one at King Abdullah Medical City, and the primary healthcare centers of Al-Sharaie, Al-Maabdah, Al-Awali and Al-Takhassusi neighborhood. The ministry said earlier that it would open vaccine centers in all regions of the Kingdom with the availability of the vaccine over the coming period.

The number of Saudi citizens who registered themselves for the vaccination reached two million, and the ministry targets to complete the vaccination of the remaining 26 million citizens by the end of 2021, according to a senior ministry official.