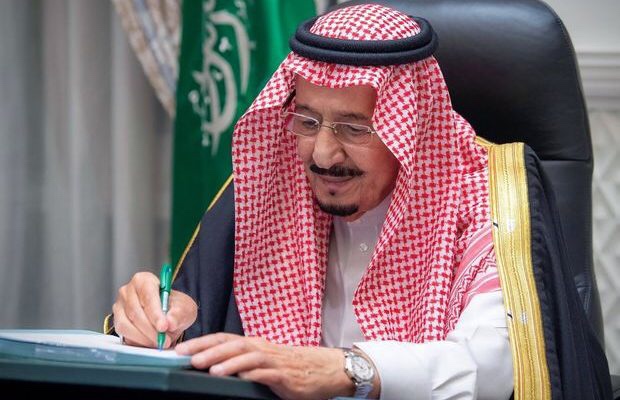 9 approvals by King Salman
regarding Railway, SME
banks, and more

2. Delegating His Excellency the Chairman of
the Board of Directors of the General
Authority for Competition. Or his
representative. To negotiate with the Egyptian
side regarding a draft memorandum of
understanding between the General Authority
for Competition in the Kingdom of Saudi
Arabia and the Authority for the Protection of
Competition and the Prevention of
Monopolistic Practices in the Arab Republic of
Egypt regarding cooperation in the field of
enhancing competition and combating
monopolistic practices, signing it, and then
submitting the final signed version to
complete the legal procedures.

3.Approval of a memorandum of
understanding between the Saudi Authority
for Data and Artificial Intelligence in the
Kingdom of Saudi Arabia and the International
Telecommunication Union for cooperation in
the field of intelligence Artificial.

4.Approval of the national policy for the
management of radioactive waste in the
Kingdom.

5.Transforming the Systems Agency at the
Ministry of Finance into an independent center
under the name (The National Center for
Government Resource Systems).

6.The Ministry of Resources Human and social
development – in coordination with the
Executive Council of the Consumer Protection
Association – to take the necessary measures
to harmonize the society’s conditions in
accordance with the provisions of the law on
associations and civil institutions.

Trending Now  'Messages and Requests' Service in Absher has now been changed to the 'Tawasul' service.(Pictures attached)

7.The abolition of the General Corporation for
Railways, and its system issued by Royal
Decree No. (M/3) dated 1/22/1386 AH, as of
1/4/2021 AD, and the Saudi Railways Company
(SAR) replaces the General Organization for
Railways after its cancellation. In any
contracts, contractual obligations,
agreements, organizations, licenses, permits.
or decisions related to the institution as
described in Resolution.

8.Approving the establishment of a small and
medium enterprises bank.

9.Approval of the system of medical devices
and supplies.

LifeOfArabs - April 16, 2021 0
Saudi man died after an attack from a lion he had kept in the capital Riyadh, local media reported Friday.The man, whose...

Absher’s Messages and Requests service is now changed to ‘Tawasul’ in...