Sign in
Welcome! Log into your account
Forgot your password? Get help
Password recovery
Recover your password
A password will be e-mailed to you.
Life Of Arabs A complete guide for those who are living in Middle East or planning to come soon.
Advertisement
Home Saudi Arabia General Information SaudiArabia’s Ministry of Health announced that the second phase of #coronavirus vaccination... 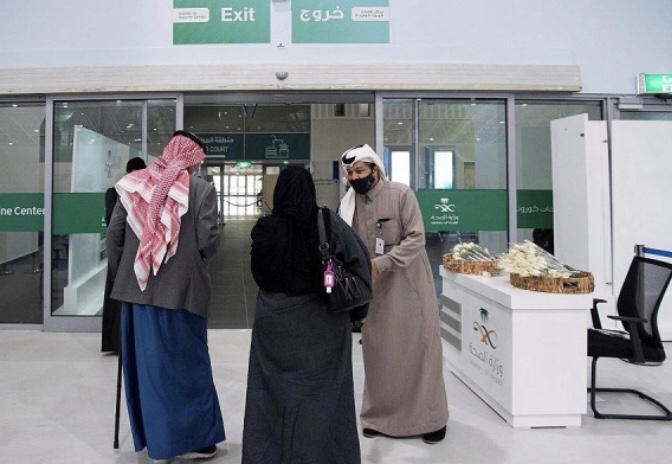 
Saudi Arabia’s Ministry of Health announced on Tuesday that the second phase of the coronavirus vaccination program would start on Thursday, Feb. 18. Assistant Deputy Minister of Health for Preventive Health Dr. Abdullah Asiri said that all the currently approved coronavirus vaccines will have two doses, and it is expected that the vaccine will achieve its results in protecting the body with only one dose.

According to Dr. Asiri, the turnout of citizens to register for the vaccination has recorded a leap following the receiving of the vaccine by Custodian of the Two Holy Mosques King Salman and Crown Prince Muhammad Bin Salman.

“The number of citizens who turned out for the registration reached two million, and we target to complete the vaccination of the remaining 26 million citizens by the end of 2021.”

He stressed that there is no class in administering vaccines in Saudi Arabia, saying: “No citizen or resident in Saudi Arabia will be given a vaccine except the one that we accept for all.

“What is agreed upon with Pfizer is 10 million doses for the Kingdom, and there are attempts to add these numbers,” he said while noting that the AstraZeneca vaccine will not be given the go ahead for vaccination until after approval by the Saudi Food and Drug Authority.

Dr. Asiri announced that Saudi Arabia has so far paid $500 million for efforts to combat coronavirus, and this amount placed it as the third or fourth country to contribute to efforts to stop the pandemic worldwide, and these efforts have a primary goal of equitable distribution of vaccines.

He called on those who receive the vaccine to adhere to the precautionary measures. “The vaccine protects him as a person, but it does not prevent him from carrying the virus and transmitting it to others,” he said.

Schools to start after

Dr. Asiri said that halting of physical studies in Saudi Arabia has contributed to preventing the second wave of the pandemic. The decision to continue distance learning has prevented us from the second wave.

“The return of students to school cannot take place before we reach herd immunity by vaccinating 70 percent of citizens and residents above 17 years of age. We must vaccinate 28 million before the start of school,” he added.