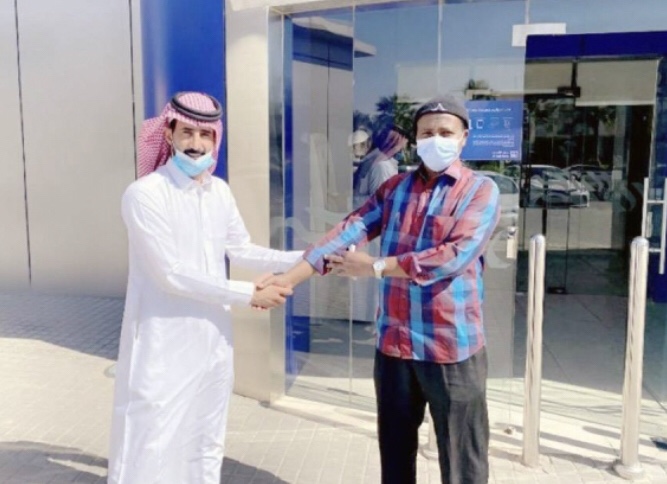 An Ethiopian expatriate returned a sum of SR65,000, which was transferred to his account by mistake by a citizen while transferring the amount to someone else — another citizen in the Wadi Al-Dawasir governorate in the Riyadh region.

Speaking to Okaz/Saudi Gazette, Ghazi Al-Dosari, the citizen, said that he was surprised to see on Monday that an amount of SR65,000 had not credited in the account of the person after the transfer was made by him.

Trending Now  Ministry of Interior Amending the date of lifting the travel suspension for citizens and opening land, sea and air ports completely

Al-Dosari said that it became clear to him that the amount was transferred to the account of an Ethiopian national by mistake, who in turn immediately refunded the amount without any hesitation.

Al-Dosari honored the Ethiopian resident by presenting him a financial reward.

“What the Ethiopian resident did is an example of integrity and good morals that everyone should enjoy, from the initiative to restore rights to its people as an epitome of personal integrity,” he said, while thanking the Ethiopian guest worker for his truthfulness and honesty.

LifeOfArabs - April 12, 2021 0
The Kingdom’s flagship carrier is preparing for full-capacity operations ahead of the lift of the travel ban next month, with Saudis eager...