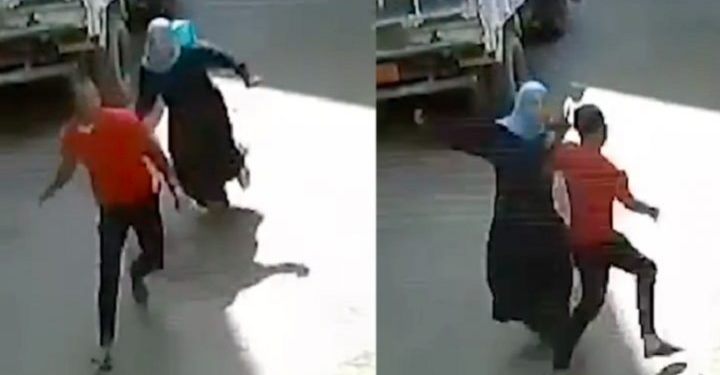 
For the latest updates, you can join our WhatsApp group or Telegram

Recently a harasser in Qena Governorate, Egypt was sentenced to 3 years in prison. In the video clip, it can be easily seen a man name Islam SH. pinched a woman name Rania who was passing through the street.

The man thought to pass away easily after harassing her but this time he chose the wrong woman for himself.

She hit him back with her handbag and chased him and also called the passerby to stop him until she made him arrested by the police.

Trending BREAKING: #SaudiArabia extends the suspension of all recreational events, dine-in services for another 20 days

The great woman took legal action against the abuser and aimed to stand in her decision until she could make him charge for sexually harassing a woman.

It was also reported that the woman received several threats demanding to withdraw her complaint. Following several hearings since 2017, the court finally sentenced and charged the man with sexually harassing a lady.

This decision was titled as the first sexual harassment sentence that was passed in the Egypt Saeed region. This decision of the court was also praised by hundreds of female activists in Egypt.