Sign in
Welcome! Log into your account
Forgot your password? Get help
Password recovery
Recover your password
A password will be e-mailed to you.
Life Of Arabs A complete guide for those who are living in Middle East or planning to come soon.
Advertisement
Home Middle East UAE becomes the first Arab country and 5th Globally to enter Mars... 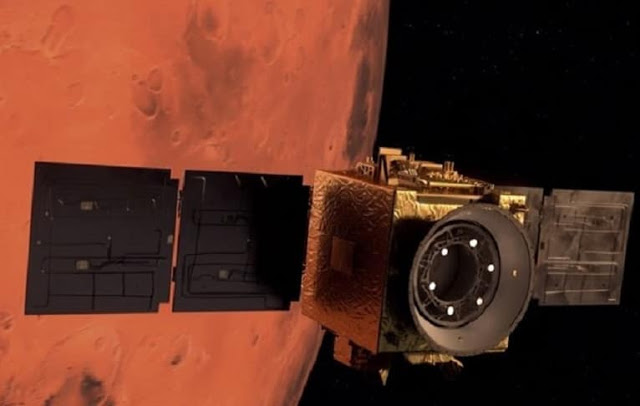 Dubai’s ruler and UAE’s Prime Minister Sheikh Mohammed bin Rashid Al Maktoum said, 50% of the missions tried before us were failed to enter into Mars orbit.

– The arrival to the Red Planet also marks 50th anniversary of the UAE’s union formation. UAE’s first mission to the Mars is designed to orbit Mars and study the dynamics in the Martian atmosphere on a global scale and on both diurnal and seasonal timescales.

– United Arab Emirates Mars Mission (EMM) to provide a set of measurements fundamental to an improved understanding of circulation and weather in the Martian lower and middle atmosphere.

UAE’s President Sheikh Khalifa bin Zayed Al Nahyan congratulated the UAE citizens and resident expats and people of the wider region for the success of the UAE’s Hope Probe arrival to Mars, marking the Arab World’s entry into the global race of space exploration.

The Probe overcame the most critical part of its mission, the Mars Orbital Insertion that involved reversing and firing its 6 Delta V thruster to rapidly reduce its speed from 121,000 km per hour to 18,000 km/hr. During the 27 minute critical phase, the contact kept the probe was kept to minimum.

– The Hope Probe is first of 3 exploration missions to arrive on Mars in February. China and United States are leading ambitious projects to the Red planet schedule to arrive on Feb. 10 and Feb. 18 respectively.

Hope Probe arrival to Red Planet, after traveling 493 million km in a 7-month journey in space. The probe will transition to the Science phase to transmit the first image of Mars back to Earth within few days.