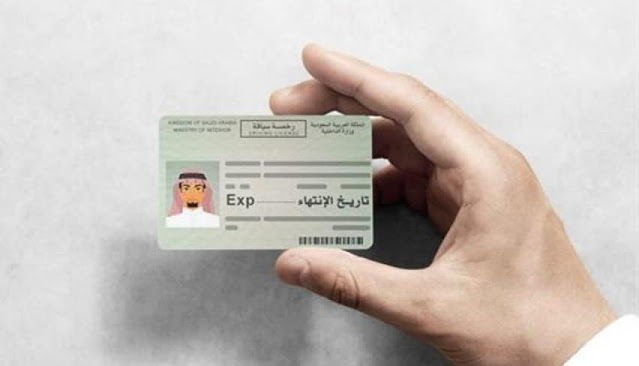 The General Traffic Department (Moroor) in Saudi Arabia revealed the fine imposed for not carrying a driver’s license, explaining that, it may reach 2,000 riyals.

This came in response from “Moroor”, to a question from a Saudi citizen, who asked, How much do you estimate the fine for not carrying a driver’s license, My son got a 1000 fine, clarifying that it is the first violation.

The Moroor said that the rule specifies the fine should not be less than 1,000 Saudi riyals and not more than 2,000 riyals for not carrying a driver license while driving in the Kingdom of Saudi Arabia.

The General Traffic Department posted a table for a number of traffic violations, for which the violator can fined a fine of not less than 1,000 riyals and not more than 2,000 riyals, it includes the following

Driving the vehicle before getting driver license

* In the event of the license being withdrawn

* Driving the vehicle with unclear or damaged plates

Leaving objects on the roads that are exposed General safety risk

* Getting off or riding during the course of the vehicles and

* Making any modification or addition to the body of a vehicle that changes its features without taking the legal measures.

LifeOfArabs - March 4, 2021 0
Noor of Riyadh, a unique art event in the capital city. The “noor of Riyadh” celebration will be launched from March 18...