Sign in
Welcome! Log into your account
Forgot your password? Get help
Password recovery
Recover your password
A password will be e-mailed to you.
Life Of Arabs A complete guide for those who are living in Middle East or planning to come soon.
Advertisement
Home Saudi Arabia Health Islamic Affairs closes 10 mosques in a number of regions after it... 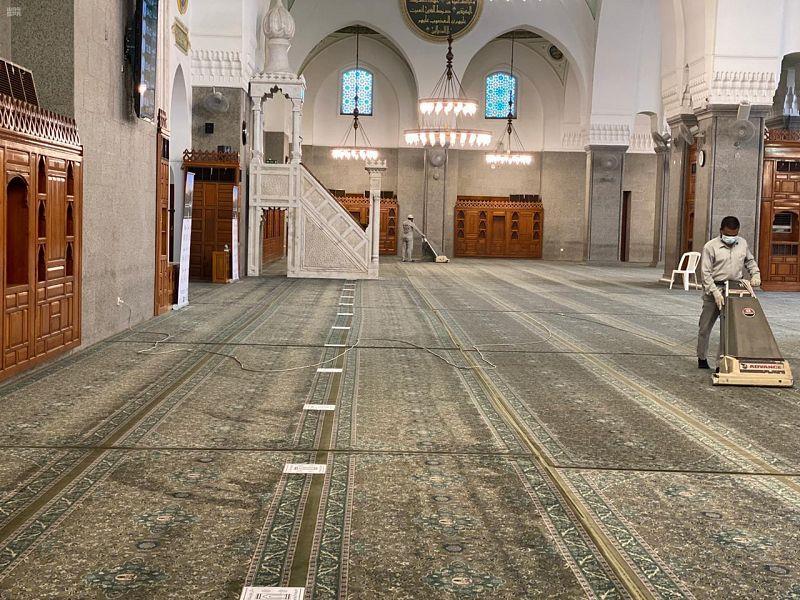 The Ministry of Islamic Affairs, Call and Guidance closed 10 mosques in a number of regions of the Kingdom, after it was proven that Corona cases were recorded among worshipers and mosque employees.

The ministry explained that it closed the building of the Mosques, Advocacy and Guidance Administration in the Governorate of Delam after the director of the administration and six of the employees were infected with the Corona virus, and within two days it began closing five mosques in the Riyadh region, three of them in Harimila governorate and one in each of Al Aflaj and Al Delam.

It also closed a mosque in Al-Muandaq Governorate in Al-Baha, a mosque in Dammam in the Eastern Province, and three mosques in the northern border, after corona injuries were proven among the ranks of worshipers and mosque employees.

indicated that the period of closure for sterilization lasts between 24 hours to 48 hours, as the branch in the region and the administrations of mosques in the governorates through national companies specialized in sterilization work, in coordination between the departments of mosques, health affairs and district secretariats, and after sterilization and making sure that the facility or mosque is ready to receive employees and worshipers, the opening is completed. And if the imam or muezzin is among the injured, a replacement will be assigned to carry out the tasks.

The Ministry called on the worshipers to take all the precautionary measures approved by the competent authorities, including wearing a muzzle, bringing the carpet, and achieving physical distancing to protect them and the worshipers from the epidemic.