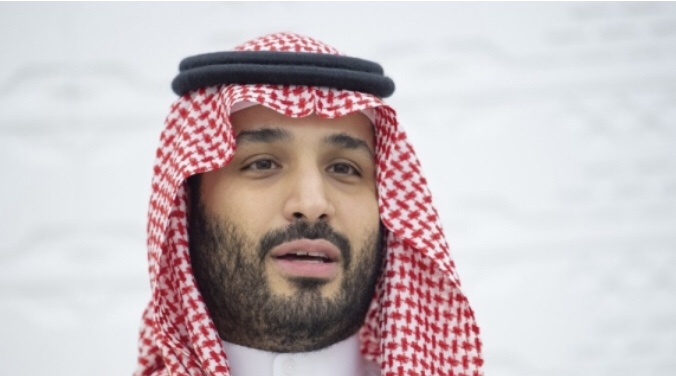 Crown Prince Muhammad Bin Salman announced on Monday that Saudi Arabia will introduce four key legislations this year as part of its reform measures to reform judicial institutions as well as to improve the “legislative environment” in the Kingdom, according to an official announcement.

The new laws — the Personal Status Law, the Civil Transactions Law, the Penal Code for Discretionary Sanctions, and the Law of Evidence — represent a new wave of judicial reforms in the Kingdom.

They will help clarify the lines of accountability and ensure the consistency of legal references in a way that limits widespread discrepancies in court rulings, the official statement read.

Discrepancies in court rulings have led to a lack of clarity in the rules governing the incidents and practices, and have hurt many, mostly women, the statement noted.

According to the announcement, new reforms will tackle lack of clarity in rules governing incidents and practices, prolonged litigations that are not based on established legal provisions, and the absence of a clear legal framework for individuals and businesses.

The Crown Prince stated that in the past few years, Saudi Arabia has taken serious steps toward developing its legislative environment. These steps include adopting new laws and reforming existing ones. They are meant to preserve rights, entrench the principles of justice, transparency, protect human rights and achieve comprehensive and sustainable development, which reinforces the global competitiveness of the Kingdom based on procedural and institutional references that are objective and clearly identified.

The Crown Prince emphasized that the draft Personal Status Law, which is being finalized, is one of four draft laws that the relevant entities are preparing. He clarified that these draft laws will then be submitted to the Council of Ministers and its bodies for review and consideration, in accordance with the legislative process, and in preparation for submission to the Shoura Council, pursuant to its law. These laws will then be promulgated pursuant to the legislative laws.

The Crown Prince stated that the Personal Status Law, the Civil Transactions Law, the Penal Code for Discretionary Sentences, and the Law of Evidence will represent a new wave of reforms that will contribute to the ability to predict court decisions, increase the level of integrity and efficiency of judicial institutions, and increase the reliability of procedures and oversight mechanisms as cornerstones in achieving the principles of justice, clarifying the lines of accountability and ensuring the consistency of legal references in a manner that limits discrepancies in courts decisions.

The Crown Prince noted that “The absence of applicable legislation has led to discrepancies in decisions and a lack of clarity in the principles governing facts and practices. That resulted in prolonged litigation not based on legal texts. In addition, the absence of a clear legal framework for private and business sectors has led to ambiguity with respect to obligations. HRH added, “this was painful for many individuals and families, especially women, permitting some to evade their responsibilities. This will not take place again once these laws are promulgated pursuant to legislative laws and procedures.”

Muhammad Bin Salman also noted that a few years ago, a draft is known as “the Code of Judicial Decisions” was crafted, but careful review revealed it was insufficient in terms of meeting society’s needs and expectations. Therefore, it was decided to draft these four laws, adopting in them the current legal and judicial international judicial practices and standards in a manner that does not contradict Shariah principles, taking into consideration the Kingdom’s commitments under international conventions and treaties. He noted that the process of developing the judicial system in the Kingdom is a continuous process and that these laws will be announced consecutively this year.

Crown Prince Muhammad Bin Salman expressed his thanks to the Custodian of the Two Holy Mosques King for his guidance and keenness to secure the rights of the citizens and residents and to safeguard the interests of all of those in the territory of Saudi Arabia.

LifeOfArabs - January 30, 2023 0
According to a source, a guy divorced his wife just because she left the house on his birthday to bring him Al Baik, his...