Sign in
Welcome! Log into your account
Forgot your password? Get help
Password recovery
Recover your password
A password will be e-mailed to you.
Life Of Arabs A complete guide for those who are living in Middle East or planning to come soon.
Advertisement
Home Saudi Arabia General Information Jawazat continues extending reentry visa of expats who are outside Kingdom 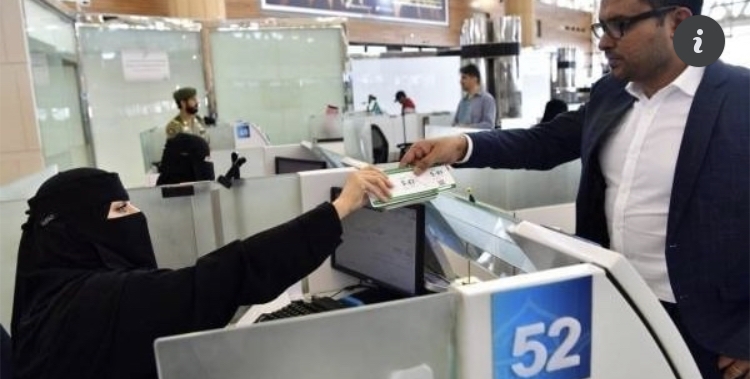 The General Directorate of Passports (Jawazat) has clarified that the exit and reentry visa of those expatriates who are outside the Kingdom can be extended electronically through the employer’s Absher or Muqeem platform and this is after paying the fees through the SADAD payment system.

The Jawazat said this in reply to queries about the possibility of renewing the exit and reentry visa by the employer in the event that the worker has been outside the Kingdom for over 10 months following the temporary ban of international flights and closure of borders since March 2020.

In the event of the expiry of the visa for more than 180 days, the directorate noted that the Ministry of Foreign Affairs must be contacted for the information in this regard.

It is noteworthy that the Jawazat had started in April 2020 extending the period of validity of exit and reentry visas of expatriates that expire between Feb. 25 and May 24 last year for another three months without any fee.

This was in line with the directives of Custodian of the Two Holy Mosques King Salman as part of reducing the economic and financial impact of the precautionary and preventive measures taken following the outbreak of coronavirus pandemic.

Since then, the Jawazat has continued the process of extension of exit and reentry visas of those expatriates who are still outside the Kingdom awaiting the lifting of the travel ban. The beneficiaries of this extension included expatriates, who have commercial and industrial professions as their trade.

The Jawazat explained that the extension is being done automatically through its system and that is in cooperation with the National Information Center and the Ministry of Finance.

At that time, the Jawazat had also unveiled a mechanism for the extension of exit and reentry visas of expatriates or their family members who are outside the Kingdom.

The extension process must be done electronically by the employer in the case of expatriate workers or by the head of family in the case of dependents after visiting the designated link for that in the electronic visa portal of the Ministry of Foreign Affairs.

LifeOfArabs - January 30, 2023 0
According to a source, a guy divorced his wife just because she left the house on his birthday to bring him Al Baik, his...