Sign in
Welcome! Log into your account
Forgot your password? Get help
Password recovery
Recover your password
A password will be e-mailed to you.
Life Of Arabs A complete guide for those who are living in Middle East or planning to come soon.
Advertisement
Home Saudi Arabia General Information Instead of paying a petrol bill of SR 65, he killed the... 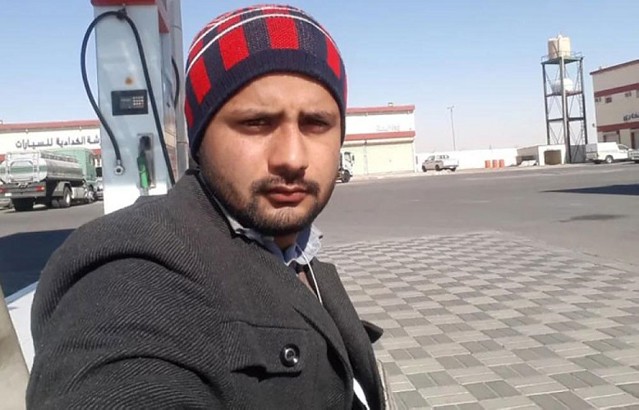 The 26-year-old young Pakistani Mohammad Shamrez who used to work at a petrol station was killed for SR 65.

Shamrez worked as an attendant at a fuel station in Abqaiq Governorate in Eastern Province. He lost his life while chasing some motorists who refused to pay the gas bill of SR 65 after getting gas filled in their vehicle.

How did it happen?

Shamrez asked for money from the motorists, a 17-year-old Saudi, and his friends including a GCC national.

Shamrez climbed at the backside of their car when they tried to rush their vehicle without paying the bill and during the struggle and high speed of the car, he fell from the car and got severely injured. Trending : Mandatory benefits for overtime work in KSA

Shamrez was immediately moved to the hospital in Dammam. He suffered serious injuries to his head and was later declared brain dead after he failed to respond to the treatment. Later, he succumbed to his injuries.

The culprits have been arrested

The cruel motorist tried to speed away with the car but police were able to arrest them and referred them to the authorities.

Police reported that all the arrested motorists have been referred to the public prosecution except one who is 17 years old, he was sent to the Juvenile home. Also read: Saudi Woman is Arrested for Hip-Hop Dance While Wearing a