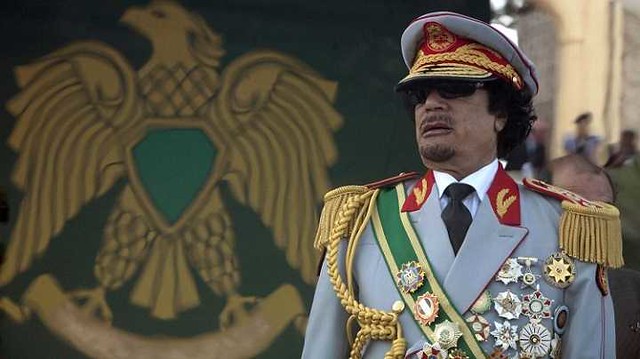 Muammar Qaddafi or Colonel Gaddafi was the president of Libya. He had gold reserves worth $6 billion but he spent his last days of life in a sewerage pipe. What happened to Gaddafi’s 143 tons of Gold after his death?

The death of Colonel Gaddafi

Gaddafi was hiding in the sewerage pipe when rebels tracked him down near his hometown, Sirte. They dragged him out and pushed him along the road by the people where he was killed.

He died on October 20, 2011, only 8 months after the revolutionary movement initiated against his rule. A billionaire, the owner of 143 tons of Gold died in a disrespectful way.

The wealth of Libya

Libya was a wealthy and powerful country with many oil reserves, before Qaddafi’s death, his sidekicks and right-hand people in Libyan Government accumulated more than 143 tons of Sovereign Gold worth $6 billion.

The prominent yet missing figure in the search for Gaddafi money is a man Bashir Saleh Bashir who was once Libyan leader’s chief of Staff and, of course, right-hand man to Qaddafi. In Libya, he is known as Gaddafi banker.

After Qaddafi’s death, his name was included in Panama papers and as a result, Bashir became wanted.

The search for Libya’s Gaddafi Gold

Abdullah Sanussi, Libya’s former head of intelligence services claimed that Colonel Gaddafi had buried his gold in the Libyan desert but he did not disclose the exact location where he had buried that gold.

This mystery is yet not solved. The investigation is still in process.