Sign in
Welcome! Log into your account
Forgot your password? Get help
Password recovery
Recover your password
A password will be e-mailed to you.
Life Of Arabs A complete guide for those who are living in Middle East or planning to come soon.
Advertisement
Home Saudi Arabia General Information Can a Sponsor issue final exit visa for a Saudi expat when... 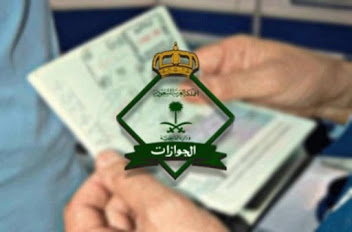 We are quite familiar with the Saudi Arabia system of passport and visa, where the Saudi family visa has to pay a monthly fee where domestic visas are exempted from them. Such rules often confuse people whether they apply to them or not. To ease their confusion and facilitate the expatriates, we are here yet again with another in-depth analysis of these legal questions. Read the article to know what we are discussing today.

Final exit on an Exit re-entry visa  The Saudi Department of Immigration and Passport or Saudi Jawazat has explained that no Saudi worker who goes on an Exit Re-entry visa can get a final exit visa until he returns. This statement was passed after a citizen asked from the Department of Passport (Saudi Jawazat) on Twitter,      Can I apply for a final exit for my domestic driver who has gone to his home country? I do not want the worker who has gone to the country to have a violation of Exit Re-entry, so I want to convert his visa to the Final Exit.  What did the Saudi Jawazat tell the citizen?  The responsible of Saudi Jawazat said that,      No Saudi expat worker who has gone on an Exit Re-entry visa can get a final exit. Final exit visa can be applied only if the Saudi expat worker is in the kingdom, and his or her Saudi Iqama is valid.  Is there any condition for issuing the final exit?  Yes, it should be noted that according to the laws of the Kingdom, the final exit visa cannot be issued without the payment of the rights and dues of Saudi expat workers.

Is there any chance of return after the legal violation?  No, the Ministry of Interior Law applies to them, and they cannot come to the kingdom on another visa. The only way for them to do so is to ask their former sponsor/ kafeel to issue a second visa to them, then they will re-legalize but only during the fixed blacklist period.

What advice did the Saudi Jawazat give to the public?  The Saudi Jawazat or Department of Passport sources advised the public saying that everyone must obey the law. Before sending workers to the Saudi final exit, their rights must be paid.  Such rules allow a flow of the system and keep the nation run smoothly. When the rights of employers and workers are held in the notice, both will work effectively towards the progress of the nation. It is vital to support, help, and ensure the right to be given. Please share this article and let us know what you feel in the comment section below.

Join us on Snapchat