Sign in
Welcome! Log into your account
Forgot your password? Get help
Password recovery
Recover your password
A password will be e-mailed to you.
Life Of Arabs A complete guide for those who are living in Middle East or planning to come soon.
Advertisement
Home Saudi Arabia General Information A Dry cold wave towards central region and temperatures to drop in... 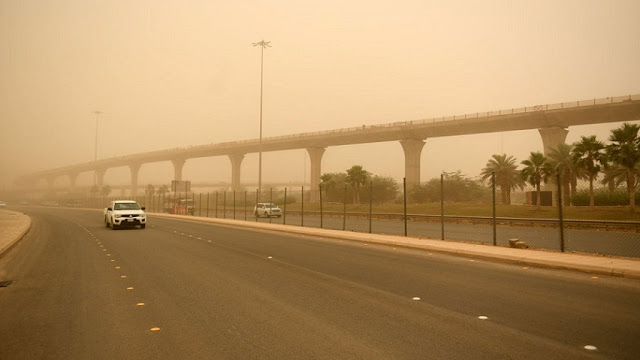 The Researcher in Weather and Meteorology, Abdulaziz Al-Hussaini, predicted that a cold wave would head towards the central region on Thursday evening, advising to take the necessary precautions.

Al-Hussaini said that there are two cold waves, the first wave crossed Riyadh this morning and reached the Empty Quarter, and the second wave was witnessed in the north of the Kingdom this morning.

He mentioned that he expected the second cold wave to move towards Al-Wusta on Thursday evening, indicating that this wave is dry and its impact on humans is strong, advising that the necessary precautions be taken.  – While, The National center for Meteorology revealed that the weather at the weekend to be continued with low temperatures all over the Saudi Arabia. The temperatures will drop from 1 to 4 degree Celsius in Northern border region, AL Qassim and the northern and eastern regions of Riyadh.

The center also expected the continuation of active winds in regions of Makkah and Madina, calling those going out for land or sea trip to follow the alerts issued by the center or communicate with them on 988.