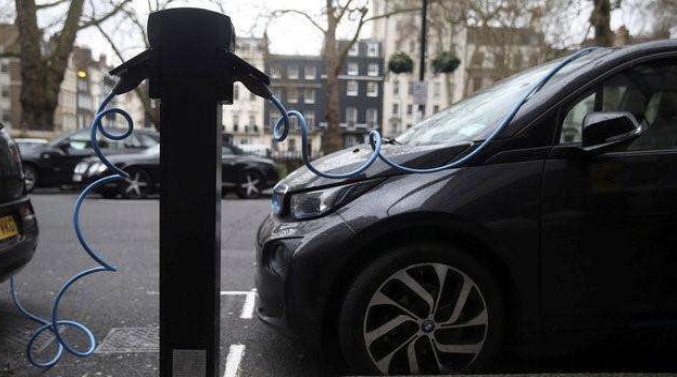 
Know where the nearest gas station is? Of course you do. So does your phone. If you’re on a road trip and need to fill up your tank, no problem: You’ll see signs every few kilometers for upcoming rest stops, all of which have gas stations. The phrase “I can’t get gas” is rarely (if ever) uttered in modern civilization.

But how about a charge for your electric car? There are many reasons that electric vehicles have not taken off yet across the world, but this issue is at the heart of the matter.

A Saudi inventor has developed effective solutions to solve the problems facing electric vehicles when recharging their batteries in light of the scarcity of electric charging stations and the high cost during summer season, local media reported.

The Saudi inventor Mutlaq bin Sanhat Al Otaibi, who obtained a patent from Germany for charging batteries in 2018, and saw his investion published in a peer-reviewed American scientific journal on September 11, 2020, said in an interview with Al Jazirah newspaper: “The invention aims to provide a means of charging the batteries by adding two light electric generators and connecting them to the metal part of the vehicle’s rear wheels in a new way to convert the kinetic energy to electric power to charge the batteries.”

He added: “I studied the idea by MATLAB programming and measured its effect on the vehicle’s performance and the result was good, but the problem of cities crowded with cars and traffic signals and the operation of the air conditioner require huge energy and kinetic energy in such cases may not be enough, so we added a number of solar panels to provide additional energy, especially since the sunshine hours are between 6-7 hours a day, which will reduce fuel consumption and the environmental impact, and save time, effort and money.”

“Electric vehicles no longer need to build electric charging stations that cost hundreds of millions of dollars, millions of megawatts of electricity and leave millions of tonnes of carbon emissions,” he concluded.

Here are the lingering EV charging problems that have to be fixed.

No matter what happens at a gas station, you know it only takes five minutes to fill up your tank once you get going. Charging takes some planning. Again, it’s not rocket science, but you have to know the specifics of the car you are driving and be aware of a station’s capability when you’re in public. You also have to know a charger is there in the first place.

It’s quite difficult to fast-charge your car in many cities around the world, even when money is no object. You have to drive through strange neighborhoods and try to locate chargers in vast parking lots where GPS is known to drop out of service. The bottom line is there aren’t nearly enough places to recharge an EV at a respectable speed.

On highway, the situation is worse. Initiatives to build fast chargers along major highways are just getting started, so this problem could be addressed in the coming years.

3. Too many maps, too many apps

The need for multiple apps is one of the biggest problems with electric vehicle charging.

Let’s say you know the ins and outs of your EV’s onboard charger and hit the road armed with a charging account and the relevant app installed on your phone. In theory, you should have no problem plugging in and paying with a tap of your phone. But the station you want appears on one app but not on the other (usually, because of competing business interests).

So you might need two or three apps just to know where a charging station is, and once you get there you might not be able to use it because it’s operated by a provider with whom you haven’t opened an account.

EV drivers could end up paying $20 or more to get 40 miles of range. This type of price gouging usually renders a station unusable to drivers who bought a humble EV with the expectation of spending less on fueling.

LifeOfArabs - June 28, 2022 0
Sadly, an 8-year-old Kuwaiti girl who had been married off in Yemen has passed away from internal injuries she sustained on her wedding night. How...