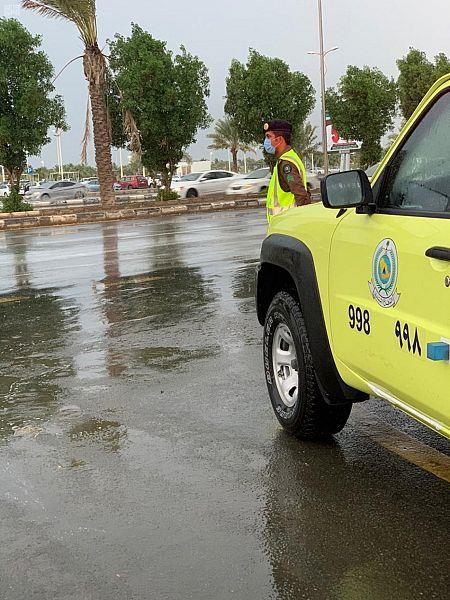 The General Directorate of Civil Defense called on citizens and residents to take caution and caution, according to what was reported to it by the National Center of Meteorology about expectations of thunderstorms, starting tomorrow, Thursday, until next Sunday.  She explained that the rain will be in parts of the Kingdom’s regions, namely Riyadh, Makkah Al-Mukarramah, Al-Baha, Asir, Qassim and Hail, with moderate to heavy rain and brisk winds.

added that parts of these areas are expected to be exposed to heavy rains that may lead to torrential runoff, while the regions of Medina, the Eastern Region, the Northern Borders Region, Tabuk, Jizan and Al-Jawf will be affected by moderate rains and active winds.  The Directorate called on everyone to take precautions, stay away from places where torrents gather, and adhere to the civil defense instructions announced through various media and social media, in order to preserve their safety.