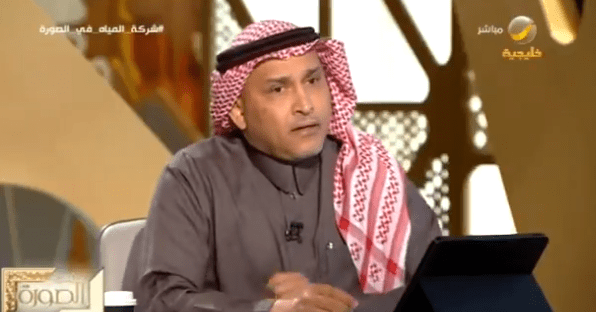 The head of the National Water Company, Eng. Muhammad Al-Mawkali, said that the company is distributing 10 million cubic meters completely drinkable, excluding some neighborhoods in the eastern region.

During his meeting with the “In the Picture” program on the Rotana Khaleejia channel, he explained that there are 400 neighborhoods in the Eastern Region that have high salinity and not suitable for drinking, indicating that there is a project to solve this problem during the next 3 years.

He pointed out that the company was able to convert salt water in more than 80 neighborhoods in Sharkia to drinking water, indicating that the percentage of water quality in the area was 50 and now it has reached 88%.

A young man fulfills his father’s wish and gives him a car similar to the one that the Crown Prince drove with the Emir...

A young man fulfills his father’s wish and gives him a...

Direct flights from India to Saudi Arabia may be launched soon,...

Municipal Affairs” sets the dates for applying controls on groceries and...