Sign in
Welcome! Log into your account
Forgot your password? Get help
Password recovery
Recover your password
A password will be e-mailed to you.
Life Of Arabs A complete guide for those who are living in Middle East or planning to come soon.
Advertisement
Home Saudi Arabia General Information Watch … the venue for the 41st Gulf Summit in the Maraya... 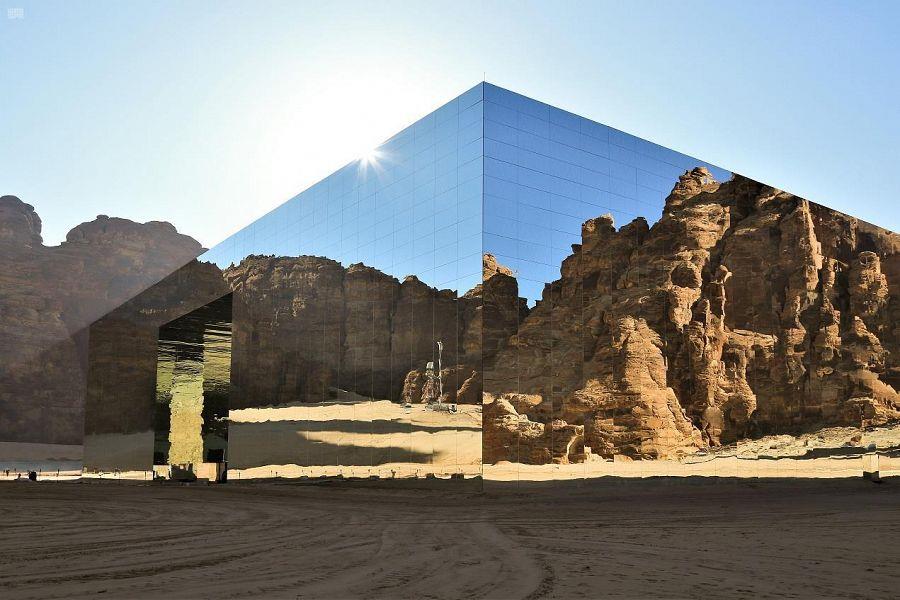 The Kingdom is preparing to host the 41st Gulf Summit in Al-Ula next Tuesday, in the presence of the leaders of the Arab Gulf states, where the summit will be held in the Hall of Maraya in Al-Ula.  A video clip and photos showed the location of the hall, which was established from a number of giant mirrors on all facades, to reflect the beautiful landscapes of the surrounding area; As a migration region registered on the UNESCO World Heritage List.

The entrance to the huge hall, in which a large stone appeared with the words “From the Heart of the World” and the signature of Crown Prince Mohammed bin Salman, in February 2019 AD, then the Guinness Book of Registration certificate with a world record number appeared, as the largest building covered with mirrors in the world 2019 .  The video reviewed the beauty and splendor of the design and preparation of the place, which included a huge theater and many luxurious halls and halls, reflecting the strength and prestige of the design that the Kingdom was keen on, to fit the important event.

The Italian Florian Boggi was designed from the “Geo Forma” office in Milan, inspired by the design from the surrounding nature, and the hall was built in a short period of only 4 months, to be completed in December 2019, and it is approximately 10 thousand meters.