Sign in
Welcome! Log into your account
Forgot your password? Get help
Password recovery
Recover your password
A password will be e-mailed to you.
Life Of Arabs A complete guide for those who are living in Middle East or planning to come soon.
Advertisement
Home Saudi Arabia Health Video: A Sleeping Prince Al-Walid bin Khalid bin Talal recently seen moving... 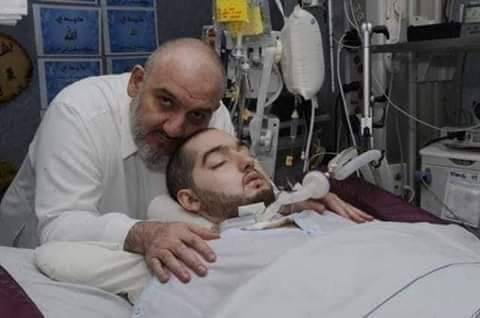 Pictured is one of the princes of Saudi Arabia named Prince Alwaleed bin Khalid bin Talal, known as (Sleeping Prince), who has been in a coma for 15 years.
In 2015, doctors decided to disconnect the devices, but his father refused to do so in the hope that a miracle would occur and wake up. There are reports that he moved his head after 14 years of sleep.

Trending: A resident Expat can travel outside Saudi Arabia on Two conditions – Jawazat

A video clip showed Prince Al-Walid bin Khalid bin Talal moving his hand several times, while he lay in a coma on his bed, in his father’s house.

This is not the first time that Prince Al-Walid responds and moves members of his body, as clips have already been published showing him doing this during his illness, which lasted for nearly 15 years now.

The prince had a traffic accident that occurred in 2005 during his studies at the Military Academy, and has gone into a coma since then.