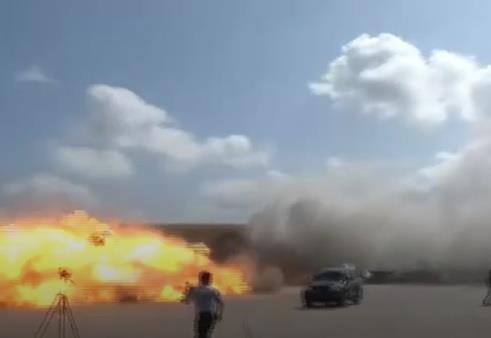 Today (Wednesday), a new video clip showed the moment a missile fell near the Yemen Airways plane, which was carrying Yemeni government officials.  The video showed that the missile fell in the airport yard near the plane and a number of military vehicles that were intended for transporting officials to the presidential residence, the palace of “Masheeq”.

The Yemeni Minister of Information, Culture and Tourism, Muammar Al-Eryani, confirmed that the terrorist attack carried out by the Iranian-backed Houthi militia on Aden airport will not deter them from carrying out their national duty.  It is noteworthy that the Yemeni Ministry of Health announced that the attack resulted in the death of 22 people and more than 50 people who were wounded so far.