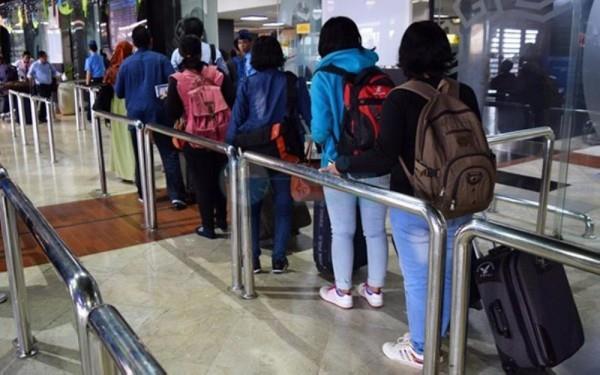 Today (Monday) the Ministry of Human Resources and Social Development announced the completion of the implementation of the reception service for all domestic workers by recruitment offices and companies at all the Kingdom’s international airports.  The Ministry had gradually implemented the reception service for domestic workers, starting in mid-July 2019, for the first time through King Khalid International Airport in Riyadh, and was followed by a number of airports in various cities and regions, until the service is now complete at all the Kingdom’s international airports

Earlier, the Ministry approved a set of amendments in the system for receiving domestic workers who come from abroad to work for the first time in the Kingdom and the exit and return system, with the aim of facilitating the process of receiving them to make it easier for citizens.

Domestic workers arriving for the first time are received by recruitment offices and companies immediately after the entry procedures are completed by the border passports sector, and domestic workers arriving on an exit and return system are received by employers, where the task of receiving them is directly under the responsibility of the employer.

Trending Now  Breaking News: Entry to the Prophet Mosque and its squares only for those who received the first dose of Corona Vaccine

LifeOfArabs - April 8, 2021 0
Today, Thursday, the Ministry of Interior announced the application of the statutory violation against those caught coming to perform Umrah, during the...