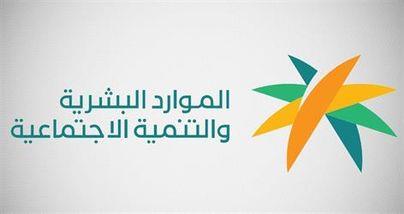 The Ministry of Human Resources and Social Development revealed its most prominent targets for the next 2021 budget, including the employment of 115,000 Saudi youth and the resettlement of a number of qualitative professions.

The Ministry stated that it is seeking during the next year to establish an independent and competent national authority in order to lead, operate and coordinate the non-profit sector in the Kingdom to raise the level of governance and transparency, and it is also seeking to establish an academic management for the development of administrative leaders aimed at developing government sector employees, with the possibility of providing services to the private sector later.

She indicated her endeavor to launch the Distinguished Qualification Program to attract distinguished graduates of both genders to work with joint government agencies, and to employ about 115,000 Saudi youth in various sectors who had not previously entered the labor market or had been out of work for more than 3 months.

She added that it is also seeking to localize a number of qualitative professions, such as accounting, engineering, communications and information technology, issuing a regulation aimed at organizing self-employment, launching a platform for the issuance of self-employment documents, and linking with the “Ijar” platform through a mechanism that obliges the owner of the facility to disclose the workers ’residence.

She noted the most prominent achievements made during the current year 2020, including the launch of the volunteer work platform, the opening of 16 social homes, the localization of pharmacy, engineering and dentistry professions, as well as the localization of 9 commercial activities with 70% of the outlets.

The Ministry pointed out that it had launched the national platform for women leaders, and supported small enterprises by exempting them from financial compensation in accordance with the mechanisms stipulated.