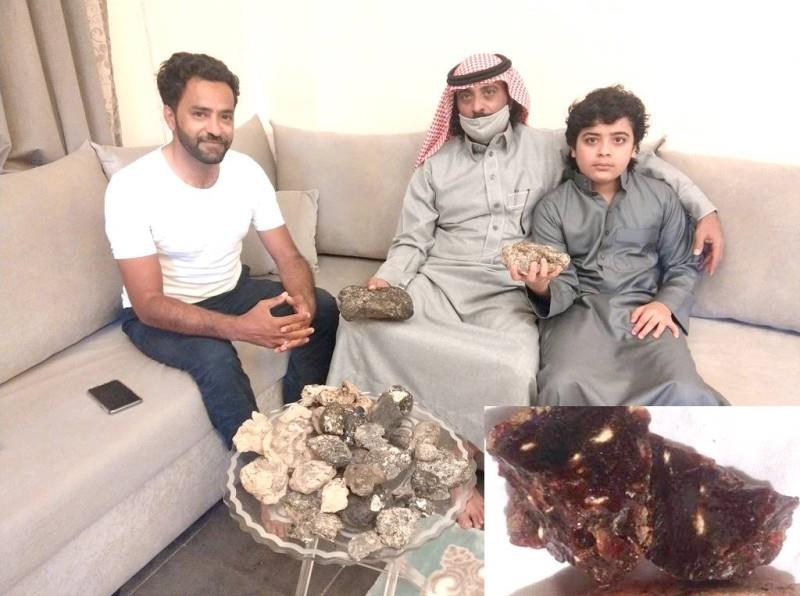 A child in Al-Wajh governorate in Tabuk found 15 kilograms of expensive amber while walking on the seashore in the south of the governorate.

Citizen Mahmoud Abu Salem said that his son Abdul-Rahman found several floating pieces that resemble rocks, except that they are lighter in weight, and in three colors (black, earthy and red).

He added that they doubted the nature of these lumps, pointing out, according to Okaz newspaper, that he had contacted the traveler, Muhammad al-Hadari, who confirmed after examining the pieces that they were an “ward”.