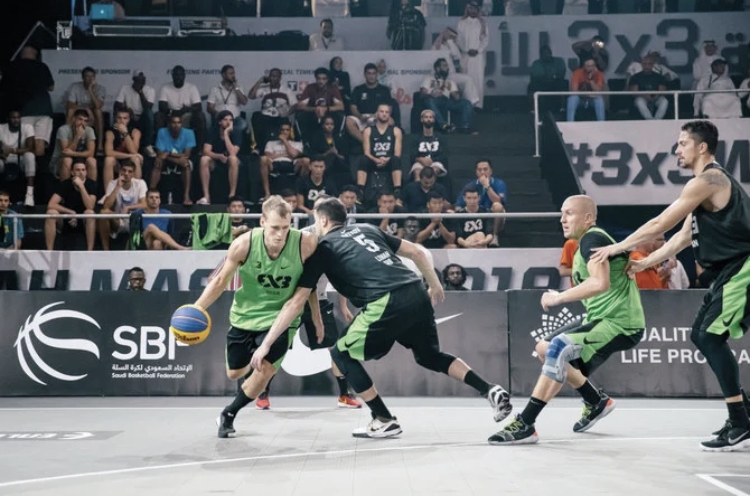 JEDDAH: Saudi Arabia will host the finals of the ninth World Championship Basketball Tournament 3X3, which is organized by the International Basketball Federation (FIBA).

Jeddah is hosting the finals for the second time, with the participation of 12 of the world’s elite teams, competing in the final round on Dec. 18-19.

This is one of a series of sporting events held around the country by the Ministry of Sports as part of its initiatives stemming from Vision 2030, organized in cooperation with the Saudi Basketball Federation with the aim of spreading the profile and popularity of the game in the Kingdom.

The president of the Saudi Basketball Federation, Abdulrahman Al-Mass’ad, welcomed all the teams participating in the finals, and extended his thanks to His Royal Highness Prince Abdul Aziz bin Turki Al-Faisal, Minister of Sports and chairman of the Saudi Arabian Olympic Committee, for supporting the Basketball Federation to host this global event for the second time in the Kingdom.

He said: “The Kingdom’s successes in hosting a number of major international events in various sports during the past years, came only with the help of Allah the Almighty, and then thanks to an ambitious vision towards spreading the culture of different games and increasing their practitioners, which is what our Kingdom witnessed thanks to the empowerment of the sports sector by our wise leadership. We feel and value their support, follow-up and keenness on everything possible, which resulted in our Kingdom becoming a favorite destination for global sports in all its forms and types.”

Al-Mass’ad emphasized that “the preparations for holding this championship in the Kingdom began early after the success of hosting the last eighth edition, and in the next round we took into account the conditions that the world is experiencing following the coronavirus pandemic. Nevertheless, the world will witness this event, as the Kingdom has always accustomed them to, according to the best and most accurate international standards in health and sports, after we all gained great experience, thank Allah, after hosting many sporting events.”

The 3X3 basketball game was officially included in the 2017 Olympic Games, and it will be held for the first time in the upcoming 2021 Tokyo Olympics.