Sign in
Welcome! Log into your account
Forgot your password? Get help
Password recovery
Recover your password
A password will be e-mailed to you.
Life Of Arabs A complete guide for those who are living in Middle East or planning to come soon.
Advertisement
Home Saudi Arabia General Information Saudi Arabia and Qatar near deal to help end Gulf crisis, sources... 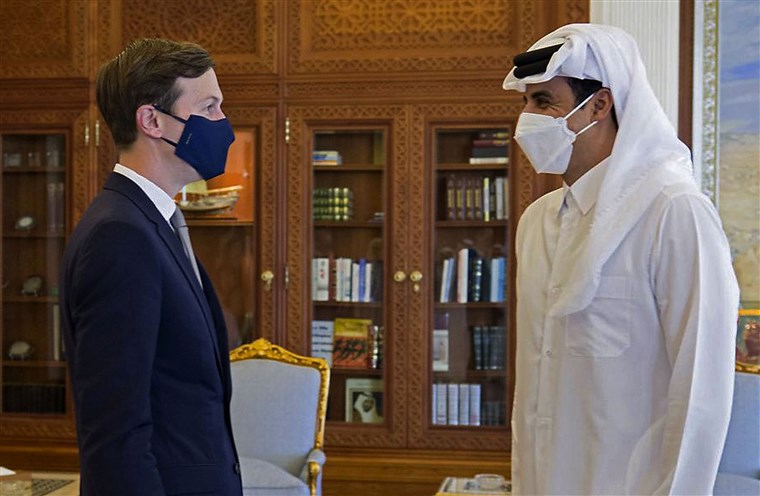 Saudi Arabia and Qatar are expected to reach an agreement within days that will help ease astandoff that has embroiled the Gulf region since 2017, three people briefed on the discussions told NBC News on Friday.

Saudi Arabia, the United Arab Emirates, Egypt and Bahrain cut off all diplomatic ties to Qatar three years ago and began a blockade against their former ally, accusing Doha of supporting terrorism. Qatar denies the claims.

Earlier, Qatari Foreign Minister Sheikh Mohammed bin Abdulrahman Al Thani said there were “some movements” that Qatar hopes will put an end to the crisis.

“We see and we believe actually that Gulf unity is very important for the security of the region, for the stability of that region and for the sake of our people this needless crisis needs to end,” he told an online conference.

Jared Kushner, senior White House adviser and President Donald Trump’s son-in-law, was in Saudi Arabia and Qatar this week to “resolve the rift,” according to a senior administration official, as the White House seeks to notch a final diplomatic win in the Middle East before Trump leaves office.