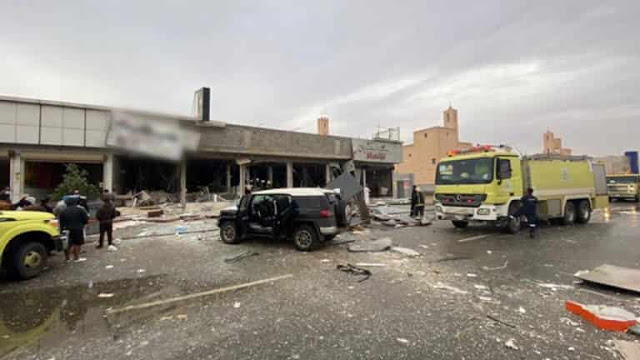 One person died and 6 others were injured in a gas leak accident that resulted in an explosion in a restaurant of AL Munsiyah district in Riyadh.

The General Directorate of Civil Defense said number of its teams in Riyadh, reach an accident place of a gas leak that resulted in a momentary flash at one of the restaurant in Al Munsiyah neighborhood in Riyadh.