Sign in
Welcome! Log into your account
Forgot your password? Get help
Password recovery
Recover your password
A password will be e-mailed to you.
Life Of Arabs A complete guide for those who are living in Middle East or planning to come soon.
Advertisement
Home Saudi Arabia General Information Houthi missile caused Fire in a Fuel tank at Petroleum distribution station... 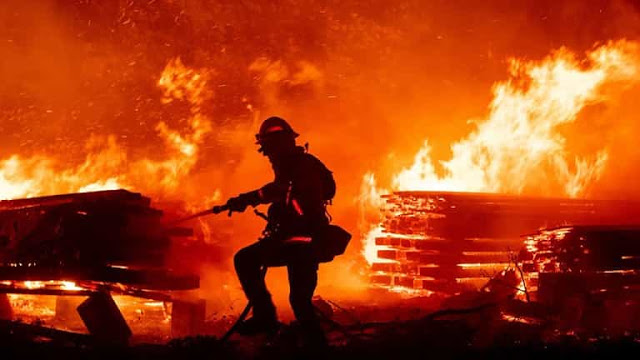 The Ministry of Energy in Saudi Arabia stated that at 3.50 AM this morning, an explosion occurred that caused a fire in a fuel tank at the petroleum products distribution station in the north of Jeddah as a result of a terrorist attack with a projectile.

The sources explained that the firefighting teams were able to extinguish the fire, and that no injuries or loss of life occurred as a result of this attack, thank God, and that Saudi Aramco’s supplies of fuel to its customers were not affected.
– The source highlighted that the Kingdom strongly condemns this cowardly attack, and affirms that these terrorist and sabotage acts are committed against vital installations, including what happened recently in Jizan near the floating unloading platform of the petroleum products distribution station and the previous terrorist attack on oil installations in Abqaiq and Khurais. Instead, they target the security and stability of the world’s energy supplies, as well as the global economy.

Recommended : THE MINISTRY HAS ANNOUNCED CONDITIONS FOR CHANGING JOBS IN SPONSORSHIP | Life Of Arabs

– The source reiterated the Kingdom’s declare the importance of confronting such sabotage and terrorist acts and the parties standing behind it.