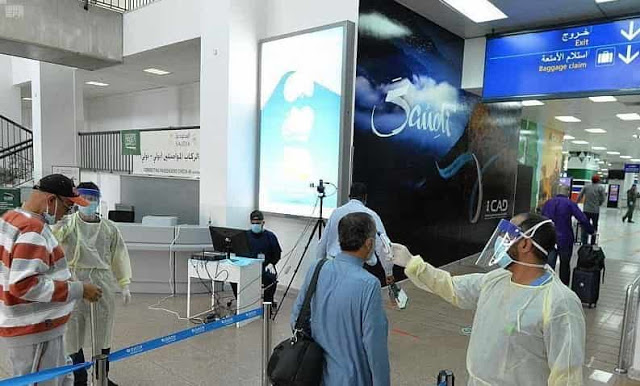 Saudi Arabia has granted permits to international airlines for bringing Umrah pilgrims into the Kingdom, This news has sent a wave of joy across Muslim countries. The pilgrims who holds valid visas will be allowed to enter Saudi Arabia and perform their Umrah rituals.

Last few month, Umrah pilgrimage was stopped and then resumed for domestic pilgrims in order to control the spread of novel corona virus (covid-19). Trending : Five Professions not Covered in new Employment Contractual System in Saudi Arabia
– According the orders of the General Authority of Civil Aviation (GACA), the implementation will be made on an immediate basis and international flights will resume their functions for the pilgrims having valid passports and visas.
– GACA has also give strict measures for the airline to operate. the foremost priority of the airline is to implement Standard Operating Procedures (SOPs), SOPs will be strictly followed for all pilgrims coming to the Kingdom of Saudi Arabia.
– This is the first time that foreign airlines have permitted to arrive in Saudi Arabia, since the suspension of flight operations in the country was enforced.
– Umrah pilgrimage for international pilgrims resumed with the set of new measures, after the suspension of more than 6 months. See Also: Saudis Curb On Arrivals From 3 Countries
– However, The Fence around the Holy Kaaba and Black Stone will remain unchanged, restricting pilgrims from touching it.
– The disinfecting process in the Grand Mosque takes place 10 times a day, The quarantine rooms are also prepared for the international visitors.

LifeOfArabs - April 8, 2021 0
The Royal Oman Police announced that whoever has been issued a visa can enter into the Sultanate, with the necessity of sticking...