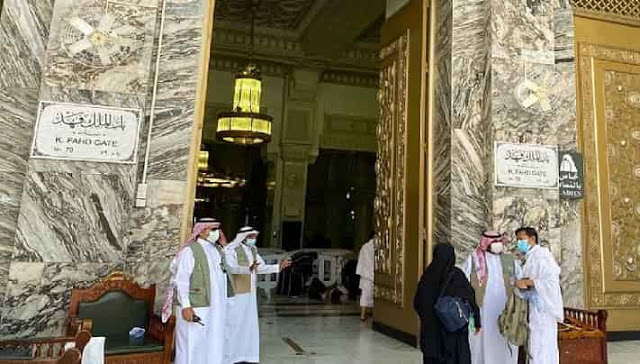 The Director of the Doors Department at the Grand Mosque, Fahd Al-Jaid, explained that the administration worked to supervise all the doors of the Grand Mosque in the 1stst and 2nd phase, which are more than 100 doors.

– He said, 19 doors of the place are designated for worshippers while 13 doors kept for Umrah pilgrims.
– The doors are secured by 150 employees, where they implement the instructions of the administration including not to allow bags, food, sharp tools, which helps to keep clean the Holy Mosque to perform the worship with comfort and reassurance.
– Everyone is instructed to apply the precautionary measures as per the instructions issued by the Presidency.

When Saudi Arabia will be free of Covid-19, Will precautionary measures lifted soon – Health response

What is the procedure in case of delay in responding to...