Sign in
Welcome! Log into your account
Forgot your password? Get help
Password recovery
Recover your password
A password will be e-mailed to you.
Life Of Arabs A complete guide for those who are living in Middle East or planning to come soon.
Advertisement
Home Saudi Arabia General Information Ministry of Hajj and Umrah is preparing to receive Pilgrims from Abroad... 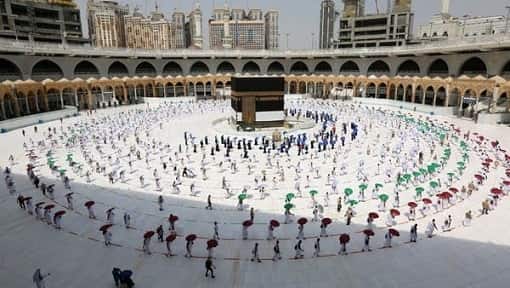 The Undersecretary of the Ministry of Hajj and Umrah in Saudi Arabia, Abdul Rahman Shams, confirmed that the ministry is preparing to receive pilgrims from outside the Kingdom, after the successful entry of Umrah pilgrims from inside the Kingdom, indicating that the number of pilgrims so far has reached 45,000 and 120,000 worshipers since the start of the 2nd phase of Umrah.

– He added that many attempts were revealed to pass incorrect information and fake applications to deceive pilgrims, and direct communication has been made with the concerned authorities to report them.
– He also pointed out that there are more than 700 Umrah companies in total, but they are in the process of preparing to receive Umrah pilgrims.

– He concluded his remarks by saying: “We have not recorded any cases of infection so far, and things are proceeding according to their plans, and the start of work with companies and approved agents in preparation for receiving pilgrims from abroad, in the 3rd phase, which starts at the beginning of November, corresponding to 15 Rabi al-Awwal.”