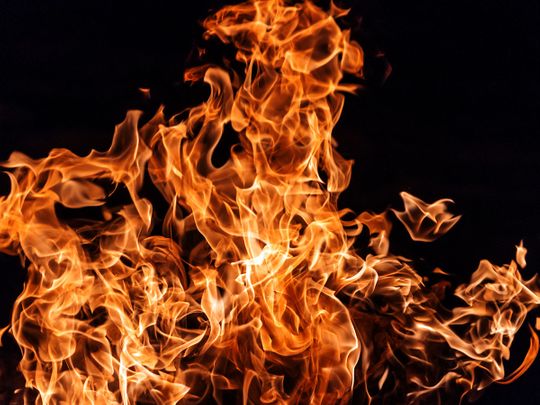 A 70-year-old Egyptian woman was tortured and burned alive by her son in Faisal neighbourhood in Giza Governorate, local media reported on Monday.

The jobless son tortured his mother, a retired teacher, by burning her body with cigarette butts before pouring boiling oil on her body and maiming her.

Sameh, an eyewitness told Al Ahram daily newspaper that the suspect called the building watchman and sought assistance from neighbours to help him transfer his mother to hospital. “A few minutes later, he refused to open the door and called emergency number to send an ambulance,” Sameh said.

When an ambulance arrived, paramedics rushed to the third-floor apartment of a building on Mahmoud Zaki Street, where neighbours shocked to see the victim in a terrible condition, with signs of torture, burns and cigarette butts all over her body,” he added.

The suspect was dismissed from his job and was depending on his mother’s pension salary. All neighbours were aware of the suspect’s ill-treatment of his mother. The killer is believed to be suffering from a psychological condition that was the reason for his dismissal.

The culprit was arrested and remanded in custody pending investigation and trial.