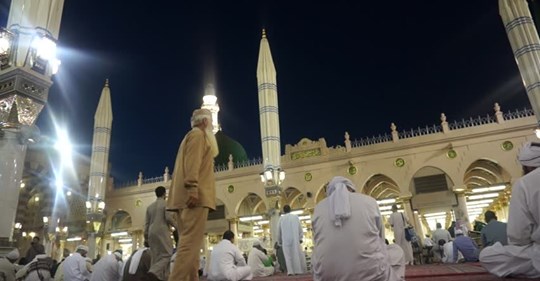 A video clip went viral where a Saudi was lecturing to his individual companions on his ‘encounter with the prophet Muhammad S.A.W.’ He said in a video clip, “Prophet Muhammad ﷺ was with me within the Movenpick Inn, Madina”.

Madinah Police was essentially not engaged by the ‘attention-seeking attempts’ of the man and captured him instantly. The behavior of this man is considered a misdirection of Muslims and an endeavor to destroy and degenerate their convictions with such untrue claims.’

The man was moreover recorded as having said ‘The Prophet told me that the need of adore for him (S.A.W) is the reason why other Muslims cannot see him in reality!’

Many researchers have come up with the conclusion that the man blended up the concept that those who see the Prophet in their dreams would without a doubt meet him on the Day of Resurrection.