Sign in
Welcome! Log into your account
Forgot your password? Get help
Password recovery
Recover your password
A password will be e-mailed to you.
Life Of Arabs A complete guide for those who are living in Middle East or planning to come soon.
Advertisement
Home Saudi Arabia General Information Saudi Arabia Has Unveiled A Massive-scale Disinfection Plan For The Prophet Mosque 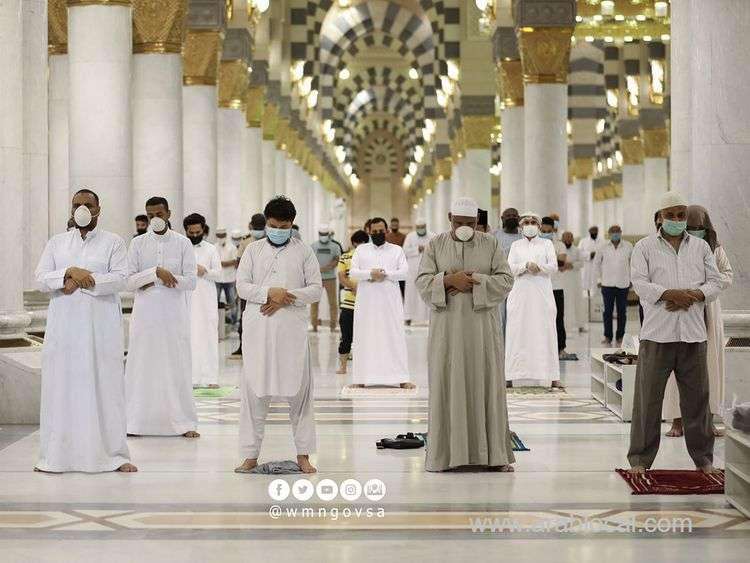 Saudi Arabia has unveiled a massive-scale disinfection plan for the Prophet Mohammed’s Mosque in Medina in the run-up to resumption of visits to the holy site.

The plan was launched by President-General for Affairs of the Grand Mosque and the Prophet’s Mosque Abdul Rahman Al Sudais, the Saudi news agency SPA reported.

The plan uses the ozone disinfection technology and features inspection visits, field and lab analyses, and disease-fighting mechanisms, according to the report.

Saudi authorities are due next Sunday to begin implementing the second phase of a gradual plan for the restart of the Umrah and visits to the two holy mosques in Mecca and Medina. The first phase started on October 4, allowing the Umrah for limited numbers of pilgrims from inside the kingdom.

Around 15,000 pilgrims and 40,000 worshippers will be allowed daily into both mosques in the second phase amid strict precautions against the new coronavirus, according to Okaz daily.

“The plan welcoming visitors to the Prophet’s Mosque is in line with the precautionary measures adopted by the state to protect health and safety of all visitors,” Al Sudais said.

Muslims abroad will be allowed to go to Saudi Arabia to perform the Umrah as of November 1, ending a halt of about eight months.