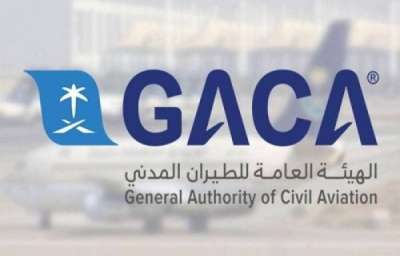 RIYADH — Flight procedures are one of the most important elements of air navigation that pilots and navigators relies on during their flight. And the General Authority of Civil Aviation (GACA) implements safety standards with regard to air navigation, through licensing and inspecting service providers for designing flight procedures and working on updating laws and implementing the regulations of GACA, in line with International Civil Aviation Organization Laws (ICAO).

The aim is to ensure safety and quality and managing air traffic in the airspace of the Kingdom of Saudi Arabia in accordance with the strictest international safety standards. GACA audits flight procedures and its evaluation reports and tests them with the flight simulator to ensure their safety and ability to fly, and then approves them for publication in the Saudi Aviation Manual (AIP).  While flying, pilots and crew uses procedures, information, and air navigational devices. They follow all these procedures and are keen to implement them with the aim of the safety and management of air traffic and a safe access to their final destination.

These procedures include take-off, landing and flight route and at certain altitudes based on ground navigational devices, or satellites. All procedures are designed according to main and secondary protection areas for the plane’s route to keep it from the terrain and industrial barriers.  These measures are reflected in the performance, efficiency, safety and flow of air traffic through organizing and the management of airspace and achieving a balance between demand and the large number of flights and the capacity of the airport, which leads us to the safety of the Kingdom’s airspace and its freedom from aviation accidents.  Flight procedures, which includes maps, data and obstacles, with predetermined dates, are published in the Saudi Aviation Manual a regularly issued circular (AIRAC CYCLE) to ensure that it reaches Saudi Airspace Users in sufficient time before the activation date. This is to provide them with sufficient time to train using the cycle and update the aircraft’s systems to be ready for use.

For safety, support, organization and accuracy of take-off and landing, pilot are provided with maps that include: “take-off maps” and start from the end of the runway to the beginning of the airway. Further, it provides the pilot with the angle of take-off and the path in which the aircraft is safe from obstacles, as well as receiving the signal of navigation and communication devices, and “arrival maps”. In this stage the gradual landing of the aircraft occurs from the airway according to the specified path in preparation for landing. Furthermore, it helps in organizing the arrival movement to the airport from all directions.  While “landing maps” include more accurate data and information, where the safe altitude of the aircraft over terrain and industrial obstacles is calculated with the determination of velocities and slope angles, and it is in several stages, which includes: “the initial stage”which is the preparation stage, and the “middle stage” in which the aircraft is prepared for landing by lowering landing wheels and speed reduction by lowering the ailerons.

In the “final stage” the gradual landing takes place at a pre-calculated angle until the wheels of the plane touches the runway. Meanwhile, there is a stage used in the event that the plane cannot land for any reason related to the plane, airport or weather conditions, which is referred to as a stage of landing failure.  It is worth noting, that GACA seeks to develop the air transport industry in accordance with the latest regulations in line with developments in the aviation industry at the international level. GACA is working on continuing to maintain the highest safety standards in the Kingdom of Saudi Arabia, and to work to update laws and regulations in line with developments in the aviation sector.  Internationally, GACA also issues and renews licenses, approvals and certificates for the civil aviation industry in accordance with laws and regulations. Further, it ensures compliance with regulations and procedures, in addition to conducting regular checks to monitor and ensure the highest possible safety levels. — SG